As software defined networking (SDN) continues its transition from much-hyped but little-adopted trend to enterprise networking reality, the search is on for the next big SDN vendor. With its announcement today of newly appointed CEO Richard Napolitano, Nashua, NH-based SDN startup Plexxi is ready to make a grab for the title. 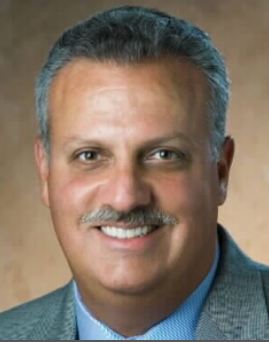 A thirty-year veteran of the tech industry with both private investing and executive leadership experience under his belt, Napolitano most recently served as president of the Unified Storage Division at EMC. After three years on the Plexxi board, he has now joined the Plexxi C-suite with a mission to grow the company’s business. He plans to do so by focusing on three distinct use cases and how Plexxi’s products address them.

Big Data applications and SDN go hand-in-hand, as Enterprise Networking Planet‘s Arthur Cole recently pointed out. The market for horizontally scaled Big Data platforms and applications offered by the likes of Hadoop, Cloudera, Hortonworks, and others is “growing phenomenally,” Napolitano said. Indeed, while specific numbers vary depending on the market segment being analyzed and the firms doing the analyzing, the Big Data market forecasts are overwhelmingly positive. A vendor able to make the case for software defined networking’s benefits to Big Data initiatives can leverage the business intelligence market’s forward momentum to drive increased SDN adoption.

Plexxi’s long-term roadmaps include plans to integrate the Plexxi hardware and software SDN platform into the Hadoop world through partnerships with vendors like Cloudera, Hortonworks, and Map-R, Napolitano told me. “We’re going to expand connectors into those environments” to tie the flexibility and scalability of the Plexxi software defined network tightly into organization’s Big Data application needs.

“Being the networking company for the Big Data era of computing is a big part of our value proposition,” he said.

SDN for Hybrid Cloud and the Distributed Data Center

Another area of focus for Plexxi is the distributed data center. The compromises that hybrid cloud deployments can make between data security and infrastructure scalability and between control and cost make hybrid cloud an attractive middle ground for many. Some research shows that a majority of businesses are either evaluating or have already implemented hybrid cloud solutions. Meanwhile, the control and connectivity challenges of geographically distributed data environments are becoming more urgent. Seamlessly linking the on-premises infrastructure and applications housed in distributed data centers with the organization’s off-premises cloud investments will be ever more key to performance and reliability.

“We’re ideal for that use case as well,” Napolitano said. “We call it distributed cloud, and given our photonics orientation built right into the product, you have one network, managed in one way, that’s geographically distributed to 50km without changing anything in the product at all.”

Software Defined Networking and “Agile IT”

More nebulous than Big Data or hybrid cloud but perhaps also more critical is the increasing need for agility in the IT environment. The rigidity of the traditional IT and networking models makes change slow and difficult. It ill suits the needs of modern applications, particularly web- and consumer-facing ones. An inability to quickly adapt to fit the needs of the year (or month, or day, or even hour) limits what an organization can accomplish and can lead to crashes, outages, and lost productivity and revenues.

“Existing networking models require you to pre-plan all your infrastructure. How many users you’re going to have, how many nodes you’re going to have, etc. When you look at modern applications, they’re much more nonlinear. The nature of our network is that it allows you to scale so easily and in a geographically distributed fashion, so it offers a radically different model for services,” Napolitano said. The greater network agility Plexxi’s SDN provides, he explained, “is in the short term probably the biggest opportunity for us.”

Roadmap for the Future

The technology is already there, according to Napolitano, and while the vendor will continue to refresh its products as new merchant silicon becomes available, in the coming months, Plexxi will focus primarily on sales.

“We’re very deep on technology here. Where we really need to be now is building a business, so most of the announcements in the next two or three months will be around customer acquisition,” Napolitano said.