If the first quarter of Cisco’s 2019 fiscal year is any indication, it’s going to be a very busy year of news for the networking giant.

Cisco reported its first quarter fiscal 2019 financial results on Nov. 14, with revenue coming in at $13.1 billion for an 8 percent year-over-year gain. Net income was reported at $3.5 billion, up by 48 percent over the first quarter of fiscal 2018.

“We are fundamentally changing the network and security industry,” Cisco CEO Chuck Robbins said during his company’s earnings call. “We’re building an architecture that is designed to securely connect any user on any device on any network to any application running anywhere.”

“This creates an enormous opportunity for us as we deliver a multi-domain intent-based networking architecture that drives automation, simplicity, and agility for our customers,” he added.

Robbins commented that Cisco’s intent-based networking strategy, that was first announced in June 2017 has done well and continues to grow. 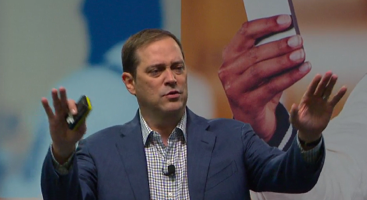 “We brought to market an intent-based architecture capable of capturing business intent and applying it across wired, wireless and enterprise routing, including SD-WAN,” Robbins said. “This allows our customers to automate their operations, applications and security policies for efficiency and business agility.”

At Cisco’s partner summit event on Nov. 13, Robbins said that multiple new items were added to the intent-based networking portfolio.

“We continue to help our customers run consistent security, automation and analytics services across wireless and wired environments,” Robbins said. “The 9800 gives our customers ultimate flexibility, running anywhere from on-premise and any cloud or embedded virtually on Catalyst 9000 switches.”

“Cisco is unifying our security in SD-WAN technologies to help organizations embrace the cloud faster with choice and confidence,” he said. “We provide the simplest way to integrate SD-WAN with our cloud security.”

“We are delivering a hybrid cloud solution that is designed to enable our customers to easily connect, secure, and monitor Kubernetes based applications across on-premise and the AWS cloud,” he said.

Sean Michael Kerner
Previous articleFrom Here to There: Charting Network Transformation
Next articleOpen or Proprietary: The DCI in a Connected Universe