Polycom Gets a New CEO

Last July, Polycom made the surprise announcement that its CEO, Andy Miller, was resigning.

Polycom today announced the appointment of Peter Leav as its new president and CEO. Leav previously 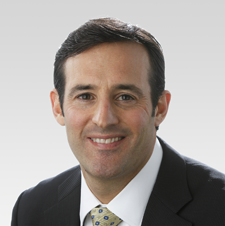 worked at NCR, where he was Executive Vice President and President of Industry and Field Operations.

“Peter’s strong background in operations, general management and sales, spanning a successful 20+ year career in communications, technology and services and his energy and passion are strong assets to take Polycom to the next level,” Polycom Chairman Kevin Parker said in a statement. “We are delighted to have Peter come on board to lead Polycom into the future. His experience leading a global organization and his proven track record of driving revenue and shareholder value made Peter the natural choice for us.”

In a statement, Leav called Polycom a proven innovator and leading provider of secure, interoperable collaboration solutions to enterprises, from voice to video to content sharing.

“The future opportunity is unlimited as most organizations across the world are just beginning to discover the amazing benefits Polycom collaboration solutions can bring to them,” Leav said. “Providing the industry’s best end-to-end customer experience, while improving operating margin and driving long-term shareholder value, will be top priorities for me and for our company.”

During its most recently reported financial quarter, Polycom reported $336.5 million in revenue for the third quarter, up marginally from the $335.4 million reported in 2012.

Polycom is expected to launch the latest iteration of its RealPresence Platform for collaboration at some point during the current fourth quarter.