In a surprise move, Juniper Networks today announced the resignation of Shaygan Kheradpir as CEO. Kheradpir was only named CEO in November of 2013, after Kevin Johnson announced he was set to leave.

In his brief tenure, Kheradpir has put in place a restructuring plan at Juniper that 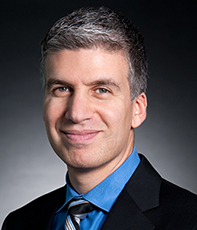 emphasizes Juniper’s core strengths of high-end routing and switching as well as cloud networking. As to why Kheradpir is leaving, that is a matter of some dispute. According to Juniper’s official statement on the issue, Kheradpir’s resignation follows a review by the board of directors of his leadership and his conduct in connection with a particular negotiation with a customer.

“The board and Kheradpir have different perspectives regarding these matters,” Juniper stated.

In any event, Juniper’s new CEO is definitely the right person for the job. Rami Rahim has been appointed CEO, bringing Juniper a chief executive that has lived and breathed every facet of Juniper’s technology for 17 years.

One of the first times I ever spoke with Rahim was 2008, when he was vice president of product management in the Edge and Aggregation Business Unit at Juniper Networks. More recently, Rahim was the Juniper executive who detailed for me what the company’s Integrated Operating Plan is all about.

Rahim has also been an active participant on Juniper’s analyst calls, including the company’s recent 3Q14 presentation.

In terms of technical chops, Juniper’s MX routing platform was something that Rahim helped to architect. Juniper announced last week that it was virtualizing the MX with the new vMX platform.

Running a deeply technical organization like Juniper requires a mix of both business and engineering acumen. Rahim has both.

While the precise circumstances around Kheradpir’s resignation remain somewhat murky, one thing is clear in my mind: Juniper now has the right person for the job.