Many companies are starting to move some or all of their enterprise infrastructure to a cloud environment, but not all companies are thinking about the cost, time, and overall strategy that should accompany a cloud migration. 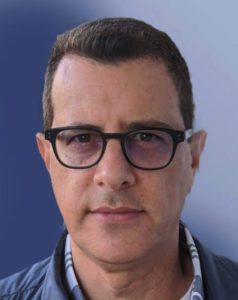 ENP: How are vFunction’s core service offerings different from other cloud migration companies?

Rafalin: I think it’s really important to make the distinction that we’re not competing with that. You need to move the workloads to the cloud, and we’re about now breaking those applications and making them modern. So, we’re not a migration company; we’re a modernization company, and we basically complement all those other tools that just do the migration.

ENP: What problems are companies facing right now in their cloud migration journey?

MR: The fundamental problem we’re solving is that if you think about the cloud today, cloud migration and adoption of the cloud, we are really in the early innings of that evolution. The workloads that are running in the cloud are mainly greenfield workloads and the low-hanging fruits that were relatively easy to migrate.

81% of workloads are not cloud-native and are still on-premises. For them to take advantage of the cloud, it’s really not about just lifting and shifting them. You shouldn’t move them to the cloud as-is, but rather, you need to transform them into a cloud-native architecture in order to get all the benefits the cloud has to offer, like elasticity, agility, accelerated engineering velocity, and cost savings.

ENP: What are some of the latest solutions vFunction is offering its customers?

MR: We have what we call the App Modernization Hub. It’s a base product that helps you analyze and assess all your applications first and build the business case for which applications are the best fit for this type of transformation.

ENP: What challenges do you think cloud vendors will need to address for their customers in the near future?

MR: I think that, as I said before, these are the early innings of the cloud transformation. We can see that the large cloud providers—like Amazon, Google, or Microsoft—are all trying to find ways to help customers move core business applications to their cloud.

They’re not there yet, by the way. I said before, it’s the new applications that are in the cloud and the low-hanging fruit, but the core applications that the Fortune 500 companies are relying on are still not in the cloud, or are just being moved. So, helping customers with that type of migration and modernization is top of mind.

To make a long story short, I think that in order to conquer the next frontier in cloud migration, you need to make it easier for customers to modernize their legacy applications. And just to share some numbers with you, there are 21 billion Java virtual machines in the world; that’s a number from Oracle. Maybe not each one translates to an application, but let’s say there are hundreds of millions of applications out there that are monolithic and are not in the cloud.

The cloud providers are the ones that actually need to help solve that problem because otherwise, they’re going to hit a wall in terms of moving more workloads to the cloud. That’s why they’re all developing or partnering and looking for solutions to help customers modernize their applications.

More Migration Strategies from TechRepublic: 7 Tips for Effectively Migrating to the Cloud

Benefits of a Cloud Modernization Strategy

ENP: Why is it important for companies to modernize their application infrastructure sooner rather than later?

MR: Tied a little bit more to the business environment we’re living in today, all these Fortune 500 companies have to modernize, or else they’re not going to survive. And I’ll give you two examples.

On the financial services side, you’ve got the traditional banks, and they’re competing with FinTech startups. The FinTech startups have modern architecture; it’s all microservices. They’re able to deliver functionality very quickly and build customized solutions for very small segments of the market. The large banks, if they don’t transform their monolithic applications into microservices, are not able to deliver services quickly to be able to compete.

Another example is the automotive industry. We all know Tesla. It’s an electric car, but it’s really a software company. If you have a problem with your Tesla, from your iPhone or from your Android, you can order the parts and get the condition, they’ll come to your location based on GPS, they’ll fix your car, and then you pay on your mobile. The whole experience is digitized.

If you buy traditional cars, they’re not able to deliver that experience because, again, they’re sitting on these legacy monolithic applications that don’t allow them to innovate fast enough and deliver those types of services. So, I think this modernization is really at the core of the next cloud adoption frontier.

ENP: Beyond potential cost savings and quicker service delivery, what are the other benefits of moving from a monolithic setup to microservices?

MR: I think the number one benefit is the accelerated engineering velocity. Let’s say you make some changes in a large, monolithic application that has 10 million lines of code. Now, the release cycle for that application could be months because you need to run tests to test the entire application, whereas if you break it into those microservices with well-defined APIs, you can make changes to a specific service only. I would argue the engineering velocity and the acceleration you get that allows you to innovate faster, to respond to bugs and issues much faster, is the number one benefit.

Rafalin: I think a way to summarize what I’ve said is that we’re going to see less migration without modernization. The simple migration could be a good first step, but you need to do the modernization in order to extract the value.

In general, there are many companies and people looking at how to use AI to improve development. So, this is just another area where you want to use AI because of the complicated applications that are sitting there. The developers might not be around, or there’s a knowledge gap, or there are interdependencies and spaghetti code where you need AI to help you modernize these applications. AI for new applications is also a good direction, but I think this is an excellent use case for AI.

Note: This interview has been edited for length and clarity.

Moti Rafalin co-founded vFunction and serves as its CEO. He brings over 20 years of experience in the enterprise software market to his role, with a focus on infrastructure, applications, and security. Prior to co-founding vFunction, Rafalin co-founded and led WatchDox from inception until its acquisition by BlackBerry, growing the company over 20 consecutive quarters and establishing it as a leader in the secure enterprise mobility and collaboration space. Subsequently, he served as senior vice president at BlackBerry LTD.

Prior to co-founding WatchDox, he served as the general manager of the application management business at EMC. Rafalin also served in the Israeli Air Force, where he led teams of engineers, technicians, and operational officers through cutting-edge technological projects. He is a graduate of the Technion, Israel Institute of Technology, and holds an MBA from the Harvard Business School. Shelby Hiter
Shelby Hiter is a writer with more than five years of experience in writing and editing, focusing on healthcare, technology, data, enterprise IT, and technology marketing. She currently writes for four different digital publications in the technology industry: Datamation, Enterprise Networking Planet, CIO Insight, and Webopedia. When she’s not writing, Shelby loves finding group trivia events with friends, cross stitching decorations for her home, reading too many novels, and turning her puppy into a social media influencer.
Previous articleScaling DevOps: Best Practices
Next articleMarrying Service Reliability Engineering (SRE) and DevOps