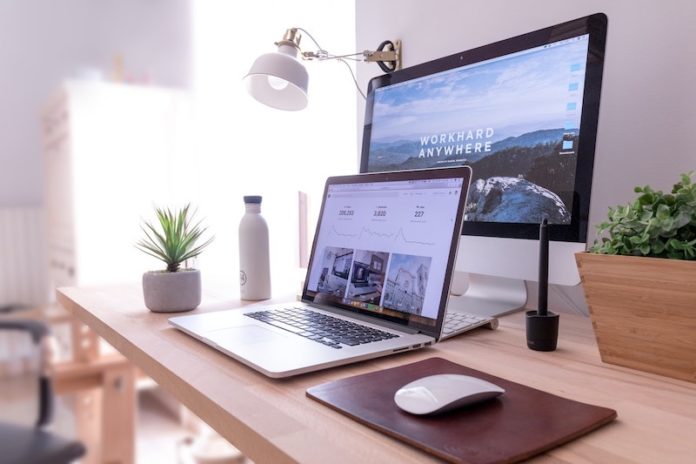 VMware is making its remote desktop offerings less complex and more widely available in the cloud as enterprises and workers worldwide continue to figure out how often employees will work remotely in the future.

The global COVID-19 pandemic forced many companies to temporarily close their offices and send most employees home to work for months. Many organizations have said that even after the pandemic lifts, many employees will continue to be able to work remotely at least part of the time, permanently creating a more distributed workforce.

That, combined with the fact that applications are increasingly being accessed from the cloud, has helped drive demand for such remote desktop offerings such as VMware’s Horizon solutions, which include both virtual desktop infrastructure (VDI) and desktop-as-a-service (DaaS). Officials with the vendor said that in the first six weeks of the pandemic last year, as companies shifted almost overnight to a widely remote work environment, the number of cloud-deployed Horizon desktops jumped 82 percent.

VMware officials on Tuesday said that they are improving the flexibility of the Horizon offerings by making them available on a wider range of public clouds and reducing the complexity and costs associated with deploying remote desktops and delivering applications from the cloud.

“Apps are moving to the cloud and employees are accessing them from everywhere, creating a more complex environment for IT to manage,” Shankar Iyer, senior vice president and general manager of end-user computing at VMware, said in a statement.

Using VDI has always had its hurdles, though the cloud does help, according to Bob O’Donnell, principal analyst with TECHnalysis Research.

“Complexity is a challenge,” O’Donnell told Enterprise Networking Planet. “Despite all the benefits it offers in terms of security and management and everything else, part of the reason why it hasn’t been used more widely is because it is challenging to set up. In the past, it required a lot of resources. Now that you’ve got cloud-based delivery options and you have simplified options, that does make life easier.”

VMware is making several of its Horizon Control Plane services, which enterprises can use to more easily deploy, manage and virtual desktops and applications in public and private clouds, available on more cloud environments. The Universal Broker, which connects workers through the Horizon Pod or cloud based on such metrics as capacity and location and has been available on premises and in cloud environments in Amazon Web Services (AWS) and Microsoft Azure (in the Horizon Cloud on Microsoft Azure), can now be accessed on Azure VMware Solution (AVS) environments.

Image Management Service — for distributing desktop images across Horizon deployments — not only supports on-premises implementations but also now the Horizon cloud in Azure, while Application Management for app delivery is also available in Azure. Cloud Monitoring Service is now on AVS and Lifecycle Management is on Horizon Cloud on Azure.

In terms of reducing complexity, organizations can use on-premises Horizon infrastructure, like Horizon Connection Services, for employees connecting to vSphere-based public cloud environments in Azure and AWS. In addition, Horizon’s new support for PostgreSQL gives organizations another open-source database for Horizon and enterprises now can connect as many as 20,000 desktops and sessions per pod, which cuts down on the number of pods needed in Horizon environments.

Such improvements are important at a time when remote desktops are becoming even more important to organizations with ongoing hybrid work environments, TECHnalysis’ O’Donnell said.

“With the pandemic, things like VDI are much more important than they’ve ever been because they give enterprises the ability to let their employees work from anywhere on any device, yet still have a corporate-controlled image,” he said. “For a lot of organizations, particularly security-sensitive ones, that’s a big deal.”

It also enables them to leverage their networks to provide those resources remotely from any number of places, giving them “the flexibility to support more remote workers directly from more places,” O’Donnell said. “All of that helps in terms of the flexibility that it gives to people and all of that makes a difference in terms of letting companies achieve their goal, which is they need to keep having people work and give them the flexibility to work where and when they want.”

VMware officials noted that IDC, as part of a white paper sponsored by the vendor and published earlier this year, interviewed organizations using VMware Horizon. Based on the interviews, IDC said that such companies could see a yearly average of $4.5 million in ROI benefits.

Market research firms are predicting fast growth for both VDI and DaaS. Fior Markets is forecasting the global VDI space to jump from $10.5 billion in 2019 to $38.41 billion by 2027 and according to such vendors as cloud software and services provider Nutanix, the pandemic is responsible for making 2020 the (long-awaited) year of VDI.

Meanwhile, Gartner analysts are predicting that the number of DaaS users will grow by more than 150 percent between 2020 and 2023.

“Historically, DaaS was often considered an IT cost-saving measure for organizations – a business case that failed 80% of the time,” they wrote in a blog post earlier this year. “However, the pandemic brought a simple and compelling need: Organizations needed to keep working but with staff at home and using a range of devices. DaaS provided a secure and scalable solution.”

Vendors like VMware and Citrix Systems will benefit from the continuing demand for remote desktop solutions, O’Donnell said. Microsoft last month introduced Windows 365, a cloud service that puts the Windows 10 (and soon Windows 11) operating system into the cloud and enables users to stream the full OS experience – including applications, settings and data – to a range of personal and corporate devices.

With such cloud-based services, the goal for Microsoft is to make the experience easier and less complex.

“Typically what you’ll see is both a VMware and a Citrix will add additional management and other capabilities on top of that,” noted O’Donnell. “Remember that Microsoft has had Windows Virtual Desktop [now called Azure Virtual Desktop], which is kind of what Windows 365 is, but with more capabilities. But it’s more complex. In order to make it more mainstream, they took out some of those capabilities and made it Windows 365 to make it easier to deploy and make it all cloud-based. But for organizations that want more management capabilities [and] more flexibility in the options of how it’s delivered, leveraging other software licenses…they look at things like what VMware does and what Citrix does as well.”

Read next: The Fundamentals of Good Service Level Agreements

Jeff Burt
Jeffrey Burt has been a journalist for more than three decades, the last 20-plus years covering technology. During more than 16 years with eWEEK, he covered everything from data center infrastructure and collaboration technology to AI, cloud, quantum computing and cybersecurity. A freelance journalist since 2017, his articles have appeared on such sites as eWEEK, The Next Platform, ITPro Today, Channel Futures, Channelnomics, SecurityNow, Data Breach Today, InternetNews and eSecurity Planet.
Previous articleThe Fundamentals of Good Service Level Agreements
Next articleJuniper Launches Software Agent to Protect Applications in Cloud, On Premises