Interop: Will SDN Make Me Homeless?

LAS VEGAS. Perhaps no topic is hotter in the world of networking than Software Defined Networking (SDN). At the Interop conference here, a panel of networking practitioners debated the existence and the impact of SDN. 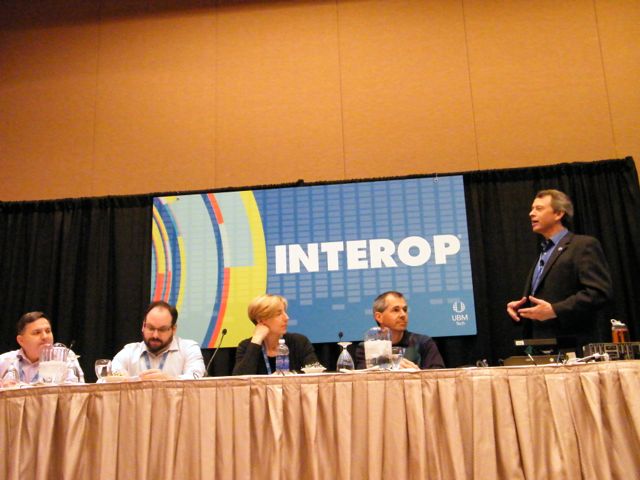 “I was doing SDN in 1992, programming routers,” Pepelnjak said. “People have been doing it for years. It’s just that no one was talking about it.”

Greg Ferro, network architect and engineer, disagreed with that assessment, noting that what SDN is doing is now replacing the CLI with software. Ferro added that the market is transitioning away from rigid definitions and hand scripting. For Ferro, it is the abstraction that makes modern SDN helpful.

Michele Chubirka, senior security architect, said that from her perspective, she’s not actually seeing SDN being used in enterprise production. From where Chubirk sits, enterprises are still struggling with VMware virtualization.

The question of what vendors claim SDN actually does was ridiculed by Ferro.

“SDN will do Wi-Fi, it will do WAN, it’s cats and dogs living together – the whole thing,” Ferro said.

The panel also tackled the question of what impact SDN will have on the careers of networking professionals.

For Ferro, SDN is just another change in a long history of changes that networking professionals have had to deal with.

“We install technical debt in our network when we don’t do anything,” Ferro said. “SDN holds out the hope that networking can be refreshed and we can stop incurring technical debt.”

Ferro said that there will be people who use SDN for the simplest of tasks, and others doing things that are more complex.

“You don’t have to be a programmer, you can just be a user – there is a spectrum of possibilities,” Ferro said.

So will SDN in fact make networking professionals homeless?

The answer from the Interop panel is a definite no. Chubirka said that SDN neither increases or decreases the need for networking professionals. In her view, skills and professionals will just migrate to the SDN world.

Ferro said that SDN, in his view, has never been about reducing the number of people in networking.

“Enterprises are looking to extract value from the network and not reduce it,” Ferro said.