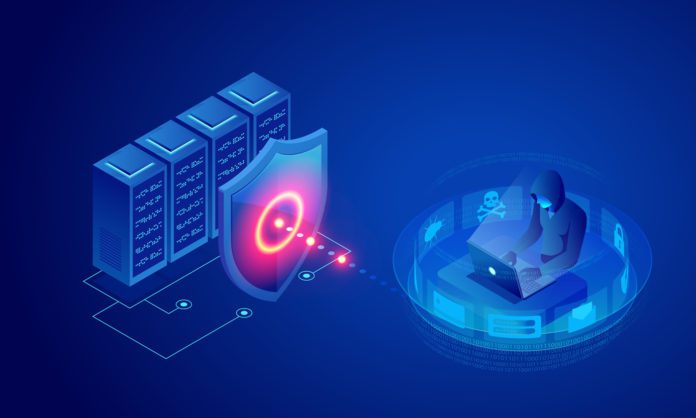 Distributed denial-of-service (DDoS) attacks are becoming a major issue for many businesses, from small and midsize to large enterprises. The size of the attack has also been on the rise, with attacks exceeding 2Tbps in size. Cloudflare reported a 15% quarter-on-quarter (QoQ) and a 67% year-on-year (YoY) increase in ransom DDoS attacks in Q3 2022.

There was also a significant surge in Layer 3 and 4 DDoS attacks, with an increase of 97% YoY and a 24% QoQ. The most common targets of these attacks were the gaming industry, telecommunications, and information technology and services, including the software industry.

These industries are often targeted because they store data that can be sold on the black market, creating a new revenue stream for cyber criminals. With such high costs associated with DDoS attack protection, it is essential to find ways to reduce business exposure and minimize damage from this type of cyberattack.

However, not all DDoS protection service providers offer the same level of security or features. Businesses should carefully evaluate their needs before choosing one over another, weighing factors such as the cost of ownership of security controls against potential impacts if an attack is successful.

What is a DDoS Protection Service?

DDoS protection services are a form of cybersecurity that protects against DDoS attacks. A DDoS attack occurs when a third-party attempts to overwhelm the computer system(s) with fake requests, rendering the service unavailable to genuine users. There are various ways in which this can be done, such as by directing traffic from numerous sources towards the same target to overload it and cause it to become non-functional.

In some cases, there might be up to hundreds or even thousands of different sources, each transmitting data at high speeds and all competing for a response from the targeted machine. In other cases, attacks can be more targeted and use just one or two sources, although still at very high volumes.

DDoS protection services are an essential part of any business. They protect the network from being the victim of an attack that could disrupt enterprise service, steal customer data, or even destroy systems. The following is a list of the leading companies that offer DDoS protection service.

Cloudflare is a security and performance company that offers one of the market’s most popular DDoS protection tools. On average, the company serves 39 million HTTP requests per second and powers millions of websites, from small startups to large organizations, including IBM, Shopify, Zendesk, Lendingtree, and Doordash. Cloudflare acts as an intermediary between website visitors and a website’s server.

It can take care of all layers, including network-level attacks such as volumetric attacks or application-layer attacks such as a database, SQL injection, or cross-site scripting.

Akamai is a leading provider of security, cloud, and content delivery solutions. For over two decades, Akamai has delivered high-performance digital experiences on the internet. One of the many ways Akamai secures users’ experience is by protecting them from DDoS attacks. The company offers various DDoS protection solutions to help organizations defend against these attacks.

Those interested in using the platform must fill out an application and provide relevant information such as:

Imperva is a leading provider of cybersecurity solutions, including web application firewalls (WAFs) and DDoS protection services. The company’s attack analytics solution provides on-demand visibility into cyber threats from Layer 3 and 4 to Layer 7.

Radware offers a suite of business-grade DDoS attack prevention and mitigation solutions. Their products are designed to protect against the most advanced attacks while providing maximum uptime and throughput without impacting application performance.

Radware has a global network of 16 scrubbing centers and 10Tbps mitigation capacity. The company also offers anti-DDoS training and certification programs to help educate businesses about how to combat these threats.

Link11 is a leading cybersecurity company focusing on infrastructure and web DDoS protection. This provider uses self-learning AI to analyze attack sequences and recognize the fingerprints of the attacker’s strategy, which can then block future attacks from the same source.

Link11’s infrastructure DDoS protection systems are designed to protect against any size DDoS attack. The system uses an autonomous global distributed scrubbing center architecture that fends off DDoS attacks on applications and services in a network. Its web DDoS protection is a core component of the Link11 web security suite and provides protection using the always-on principle.

AppTrana provides a fully managed web application firewall, API protection, DDoS protection, and bot management service. The platform is built on scalable AWS infrastructure to block large attacks up to 2.3Tbps and 700K requests per second with the ability to scale in the event of an attack. AppTrana provides unmetered DDoS attack protection and only charges users for legitimate traffic passed to their origin.

Founded in 2000, BlockDOS is an internet security company that offers 10Tbps+ and 150+ PoPs globally to provide practical solutions against all types of DDoS attacks with both prevention and mitigation techniques. With 24/7 year-round monitoring, BlockDOS boasts of 100% uptime availability and high-end performance. The service also provides multilayered protection to traffic filtering and routing services.

How to Choose a DDoS Protection Provider

Choosing the right provider is a challenging task. There are many factors to consider, such as customer service, cost, reputation, and features. Some providers will be more suitable than others depending on what you need from your provider.

To make an educated decision when choosing your provider, it is essential to research your options before making a decision. You should also read reviews from people who have used the provider before to get a feel for how satisfied they were with their experience. You can find the best fit for your needs by doing this.

Before making your selection, you can also ask yourself some pre-qualification questions when shopping for the best DDoS protection services:

Answering these questions beforehand will help you pick a service with the essential features for your business needs.

Aminu Abdullahi
Aminu Abdullahi is an award-winning public speaker and a passionate writer. He writes to edutain (educate + entertain) his reader about business, technology, growth, and everything in-between. He is the co-author of the e-book, The Ultimate Creativity Playbook. Aminu loves to inspire greatness in the people around him through his actions and inactions.
Previous article
Network Digital Twin Use Cases
Next article
The Human Role in Network Automation