In our increasingly wireless world, enterprises need fast, secure, reliable WiFi. Unfortunately, the public WiFi spectrum is a finite and dwindling resource. Mobile satellite services (MSS) company GlobalStar believes they have the answer to the problem: Terrestrial Low Power Service (TLPS), the terrestrial use of the company’s approximately 25 MHz of satellite spectrum. TLPS would provide carriers and enterprises with new spectrum potentially capable of offering much higher speed and reliability than public WiFi, as recent Jarvinian tests demonstrated. I spoke with Jarvinian and GlobalStar to learn what their research means for the future of U.S. wireless. 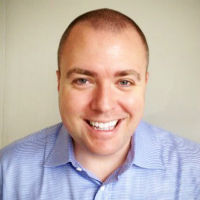 The U.S. is headed for a WiFi “traffic jam,” according to John Dooley, managing director at Jarvinian. Wireless use is more widespread than ever, but WiFi-connected devices utilize the same spectrum as a variety of other appliances—even microwave ovens, as he pointed out—meaning trouble for connection quality.

“Public WiFi is a degrading resource. Every time we light up an application, every time someone adds a new microwave oven to an environment, every time there’s a new series of uncoordinated access points, the noise floor in that public spectrum degrades, and, by extension, the amount of bits we can push degrades, too. The more we rely on public WiFi, the less effective it becomes,” Dooley said.

This is particularly troubling in the enterprise space. Enterprise users must share spectrum with other appliances and devices. “They have to use spectrum on the same frequencies as the microwave oven in the kitchen and the toys in the adjacent apartment building,” Dooley said. And simply increasing wired bandwidth won’t help. “No matter how thick that fiber pipe is, the ultimate bottleneck is the WiFi connection,” he explained.

GlobalStar considered several options for the terrestrial use of their satellite spectrum before hitting on TLPS. TLPS came about because “the spectrum that we use for GlobalStar satellite operations is right next to the spectrum currently used for WiFi,” Dooley said. GlobalStar’s technology also happens to be 802.11-complaint already, resulting in potentially near-instant deployability. “Virtually every device you own that has a radio, whether it’s your iPhone, iPad, or whatever, has the ability in its hardware right now to use GlobalStar spectrum on a terrestrial basis. It’s just prevented from doing so by some firmware,” he told me.

What will that mean for carriers and the enterprise? TLPS could provide clean, dedicated spectrum, free from much of the interference on the current public WiFi spectrum. No more “knocking megabits off of throughput potential every time someone microwaves a cup of coffee,” Dooley said.

Initial Testing and What’s Next

Jarvinian recently completed initial testing of TLPS. The tests used carrier- and enterprise-grade equipment from Ruckus Wireless, which Dooley told me is “the first manufacturer to build equipment specifically for this application.” Initial tests took place in enterprise-type environments in a semi-urban setting.

These tests demonstrated TLPS’s ability to provide carrier-grade service with far better performance than public WiFi. Results “exceeded our expectations for distance and capacity, while not interfering or degrading the existing traffic on traditional WiFi channels. Even in an indoor environment made difficult or unusable by spectral congestion, usable connections were established at 3-5x the distance of public WiFi,” Dooley said. TLPS also provided more uniform high speeds across longer ranges, providing enhanced utility that would remain constant for the foreseeable future.

Although those tests took place in what Dooley called “a very conservative, moderate-density environment,” he pointed out that the results have interesting implications for more compromised areas, such as denser urban settings. “We’re going to see even more dramatic differences between what TLPS can do and what public spectrum can do” in those kinds of settings, he said.

With that in mind, Jarvinian plans to next measure and compare the throughput potentials of the public spectrum and the TLPS spectrum. These tests will take place in Boston enterprise and residential environments over the course of a week. Jarvinian hopes to show a dramatic difference between the TLPS spectrum and the public spectrum. This kind of research hasn’t been done before, Dooley told me, and should yield interesting results.

Jarvinian also plans to continue testing in operational environments, stress-testing TLPS to discover its limitations. A number of companies are already testing TLPS on both coasts. Dooley hopes more will join the work.

There are, of course, regulatory hurdles for GlobalStar to leap before it can roll TLPS out. In November 2012, the company filed a petition with the Federal Communiations Commission (FCC) to use its licensed MSS spectrum terrestrially as TLPS. The initial public comment period on the petition is now closed, and GlobalStar is “waiting for the FCC to issue a notice of proposed rulemaking,” said Barbee Ponder, GlobalStar’s general counsel and vice president for regulatory affairs.

Ponder feels optimistic about the petition, particularly in light of President Obama’s memorandum last week directing federal agencies to look into enhancing the efficiency of their spectrum use and making more capacity available across the country.

Once the notice of proposed rulemaking is issued, another public comment cycle will commence, Ponder told me, allowing “companies, individuals, potential customers, carriers, tower owners, and trade associations to discuss potential issues or concerns regarding us providing this service.” Ponder welcomes the comment cycle. “We think there’s going to be very minimal concern” besides negligible opposition from potential competitors, he said. He hopes to see the cycle finished by fall of this year. The government has already acknowledged a need for increased spectrum availability, after all, and most other proposed solutions would take years to build out, unlike TLPS, which can be deployed almost immediately upon regulatory approval.

“The way we’re looking at it, WiFi is the last 50-foot problem—the last mile,” Dooley told me. “We’ve got fiber in lots of places, high-speed copper in lots of places. But WiFi, in the future, becomes the choke point.” If GlobalStar succeeds in getting approval to deploy TLPS, that could change.