Cisco is one of the leading members of the new open source OpenStack Foundation.

The networking giant isn’t just contributing financially but is also building its own OpenStack cloud platform edition as well as being actively involved in code development. OpenStack is a multi-stakeholder effort to build a cloud platform and initially started out with the Nova compute and Swift storage components. Thanks in part to Cisco’s efforts, OpenStack recently included the new Quantum networking project as part of the core OpenStack release.

Lew Tucker, CTO for Cloud at Cisco, explained to EnterpriseNetworkingPlanet that the idea behind Quantum was to have a networking component in OpenStack that was a peer to compute and storage. Quantum provides the core elements required to build a networking-as-a-service module.

“That’s why it’s called Quantum, it is meant to be the most basic elemental part of what is need to create isolated network segments,” Tucker explained.

With Quantum, if an application developer has a three tier application and they don’t want to have their database be routable from the Internet, a logical overlay can be created. Fundamentally, Quantum is an abstraction layer for technology that can be used to enable Cisco networking infrastructure technologies.

Tucker noted that Quantum’s APIs also enables application developers to create their own virtual networks that are realized by the lower levels of the physical infrastructure. 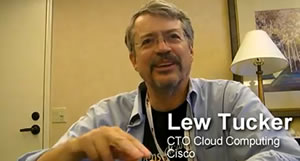 “At the end of the day, you still have to send bits over the wire,” Tucker said.

Tucker noted that the Cisco OpenStack Edition is currently being made freely available. He added that Cisco’s intent is not to get into the software distribution business. The plan rather is to have multiple Cisco editions of OpenStack that complement OpenStack distributions coming from big vendors like Ubuntu and Red Hat. The Cisco Edition includes Cisco capabilities that talk to Cisco infrastructure.

“We’re trying to make it easier for customers to bring up OpenStack in production,” Tucker said.

Cisco is also actively engaged in Software Defined Networking (SDN) including OpenFlow by way of the company’s Cisco ONE effort. Cisco ONE is an SDN initiative at Cisco to make the entire network programmable.

Tucker explained that, the Quantum plugin architecture allows developers to plug in Cisco technologies such as interfaces into Cisco ONE.

In terms of the relationship between Cisco’s efforts with the Open Networking Foundation, which leads OpenFlow SDN development and Cisco’s OpenStack efforts, Tucker sees them all working well together.

“What we’re doing at OpenStack is a platform to support people that write applications on top of a cloud platform,” Tucker said. “Everything we are doing with ONF is much deeper into the network, using OpenFlow protocols to direct the operations of different routers and switches.”

Watch the full interview below: