Juniper Developing Open-Source Intent-Based Networking Approach of Its Own

Juniper Networks is currently building out an intent-based networking capability that will use a Software Defined Networking (SDN) controller model.

The basic idea behind intent-based networking is rather than having a predefined, rigid set of policies that define network operations, the network is more agile and is able to react to the ‘intent’ of the user or operation.

In the pre-SDN era, networking policies were often locked to specific hardware-based firmware and operating system, tied to physical networks. With 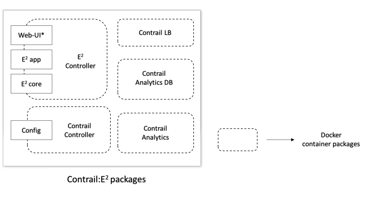 SDN, the initial promise was to provide control and configuration of a network without being tied to hardware.

Juniper’s approach to intent-based networking makes use existing SDN controller technology and takes it a step further. At the core of Juniper’s SDN product portfolio is the Contrail SDN controller, which the company open-sourced back in 2013.

The new in-development E2 controller is built on top of the Juniper Contrail controller providing intent-based overlay capabilities. Among those capabilities are service abstraction as well as vender neutral support, meaning that a Juniper E2 intent-based network could be used to control a network with Cisco networking gear.

As an open-source project, Juniper’s Contrail E2 efforts are being developed in the open on the Github coding repository. A recent commit to the Contrail project to enable the E2 intent model explains that,”… a continuous stream processing data from the network contributes to the engine placing the input ‘intent’ – a high-level description of a network service request.”

“Telemetry data streamed from the devices is utilized to make placement decisions in order to ensure optimal utilization of network nodes and guarantee the required SLAs,” the abstract states. “The system will also provide lifecycle event hooks for the orchestration so that the user can customize the workflow in the way they deem appropriate.”

Juniper’s intent-based model is still in the development phase and no official company product announcements have been publicly made (yet).