At the beginning of the Software Defined Networking (SDN) era, the OpenFlow protocol, backed by the Open Networking Foundation (ONF), was at the core. Now, the ONF is now aiming to usher in a new era of SDN with Stratum.

On March 12, the ONF announced the formation of the Stratum project with the audacious goal of redefining the SDN landscape in a fundamental way. Code for the Stratum project is initially coming from the technology Google uses for SDN within its own environments.

“What we are doing with the Stratum project as well as the interfaces is really taking SDN to the next level,” Guru Parulkar, executive director of the ONF, told EnterpriseNetworkingPlanet. 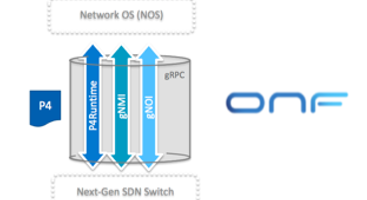 “With Stratum, we have a very lean and thin operating system and software for devices that supports SDN-only interfaces,” Parulkar said.

In the OpenFlow based model for SDN, the OpenFlow interface serves as a protocol to the forwarding pipeline and the network operating system. Timon Sloane, VP of marketing and ecosystem at the ONF, explained to EnterpriseNetworkingPlanet that OpenFlow’s Table Type Patterns (TTPs) only provide data pipeline control and do not address configuration and operations.

In the Stratum model for SDN, the goal is to provide pipeline control, configuration and operations capabilities, rather than just the basic data pipeline definition provided by OpenFlow.

The pipeline control functionality is enabled via the use of the P4Runtime, which is based on the P4 language that helps define a logical data plane pipeline. With the P4Runtime, users can dynamically program the forwarding pipelines tables in a switch.

Many SDN approaches in recent years have been overlay models that sit on top of an existing set protocols and hardware. Parulkar emphasized that the Stratum approach is not necessarily an overlay model.

“This is very close to the hardware, and it can be used on an overlay for OVS (open virtual switches ) software switches as well” Parulkar said.

Parulkar explained that the actual operating system for Stratum is Linux-based, though it uses its own networking stack. On top of a thin Linux deployment, Stratum has a Network Operating System that has been purpose-built to enable the SDN switching capabilities.

Among the promises of the Stratum project is that it can help to enable organizations to get a complete view of everything that is required to understand a network in terms of forwarding and configuration state. Sloane said that Stratum can also help to enable a broader set of tools for verified change and lifecycle management.

It’s still early in the development of Project Stratum, with the effort expected to remain in its incubation phase throughout 2018. During incubation, only project members get full access to the code.

The open phase for Stratum is set for early 2019 with an Apache 2.0 open-source license codebase.