Networking 101: What is a Quantum Network? 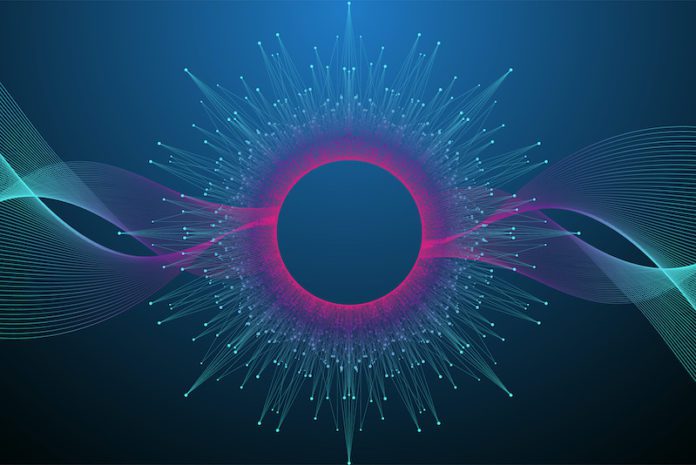 We all have an idea of how the internet works: Packets of data and communication are transmitted across interconnected devices using a routing network that follows Transport Control protocol and Internet Protocol. This data is sent electronically via copper wires, by bursts of light via optical fibers, or wirelessly via microwaves. However, the internet network as we know it is what scientists actually consider “classical.” And that’s because there is a more advanced way of securing data transfer: quantum network.

What is a Quantum Network?

A quantum network is an internet network that makes use of the properties of photons to transmit data. It allows quantum devices to exchange information within a particular environment that harnesses the principles of quantum mechanics. As such, it would be difficult to understand what a quantum network is or how quantum internet works without a basic understanding of quantum physics.

Quantum mechanics describes the physical properties of nature at the atomic (and subatomic particle) scale. In very simple terms, this branch of quantum physics governs the laws of the very small. And photons are the smallest quantum of electromagnetic fields, including light and radio waves. It is the smallest energy packet of electromagnetic radiation.

How Do Quantum Networks Work?

A quantum network would allow the ultra secure transmission and exchange of quantum communications between distinct quantum endpoints or devices over fiber optic cables. Quantum devices will use their own “qubits” or quantum bits — the equivalent of bits used by ordinary computers but can be in a superposition of both ‘0’ and ‘1.’ Information is stored in these qubits, which are encoded keys that are typically polarized photons. These photons can travel very easily along fiber optic cables.

If there is an attempt to intercept the encoded keys, the delicate quantum state of the qubits will be destroyed, along with the data they hold. When such intrusion happens, the endpoints will be alerted. The ability to detect any intrusion lends the quantum network unprecedented capabilities that are rather impossible for today’s web applications to carry out.

Moreover, quantum networks apply uniquely quantum phenomena, such as no-cloning, entanglement, and superposition. These phenomena are not available to ordinary internet networks. Photons exist in a superposition of all their possible quantum states and when they are measured, they are forced to select one of these states. Unfortunately, a quantum state can’t be measured without any disturbance, thus betraying any attempt at measurement. An unknown quantum state also cannot be copied or cloned. Therefore, a well-designed quantum network is inherently safe from this behavior.

You may be wondering, though, how quantum communication can be amplified in order to reach its recipients from afar if a photon cannot be copied or duplicated. Thanks to entanglement, which is another quantum phenomenon, the range of quantum networks can be extended.

A quantum network’s main purpose is to enable qubits on one device to be entangled with the qubits on another device. This entanglement serves many potential purposes, including encryption. Measurements on entangled photons are always correlated with each other, so repeatedly reading the qubits’ quantum states allows users to create a secret code.

This correlation of entangled photons applies regardless of how far apart they are. As such, quantum network repeaters that apply entanglement to extend a quantum network’s range can be developed.

The Benefits of Quantum Networks

We have already established that quantum networks are ultra secure and are impervious to any kind of cyberhacking. Encrypted messages will be impossible to intercept.

However, aside from the assurance of security, quantum internet can transmit large volumes of information across wide distances at a much faster speed than classical networks are capable of. This could be revolutionary for apps and software, as well as for any updates they need to deploy over the air.

What Sectors Will Benefit Most from Quantum Internet?

The financial sector will greatly benefit from using quantum internet, especially in securing online banking transactions. Consumers will feel safer and confident sharing personal data and doing their banking and financial activities online because of this promise of security.

Other sectors that will benefit greatly from using quantum internet include the public and healthcare sectors. A faster and safer internet will help these sectors expedite their processes and provide services promptly. Quantum computing will also allow organizations under this sector to solve complex problems and to conduct large-scale experiments and studies.

Quantum networks are still in the experimental stage and tech companies are still starting to build them. IT professionals, researchers, academics, and other experts in the field are still developing devices that are essential for a quantum network infrastructure, including quantum routers, gateways, hubs, repeaters, and other tools.

Also, recently, the United States Department of Energy (DOE) published the first blueprint laying out its step-by-step strategy on how to realize the quantum internet dream. It is expected that this particular project will be granted federal funding of nearly $625 million.

Quantum Networks in the Future

Once quantum internet takes off, we can expect the birth of a whole new industry. Of course, classical or ordinary internet will remain and they will exist side by side. While we can expect large organizations to utilize quantum networks to safeguard the large volume of valuable data they have in their possession, individual consumers are most likely to continue using classical internet. This isn’t surprising considering that quantum internet is a new technology and will likely be expensive in the beginning.

In addition to slow adoption because of the expense of overhauling current classic systems, there’s also the fact that it takes time for people to adapt to new technologies. This lack of urgency is also rooted in the “if-it-ain’t-broke-why-fix-it” attitude that consumers often initially have when new technologies are introduced. However, in time, quantum internet will become more accessible and more affordable to a growing number of people. The longer it is used, the more commonplace and mainstream it will become.

With IoT, or the Internet of Things, millions of networked devices...

The Internet of Things, or IoT, which derives competitive advantages from...

An enterprise network is the backbone of an organization’s ability to...