​​What Is SIP Trunking? How is it Different from VoIP? 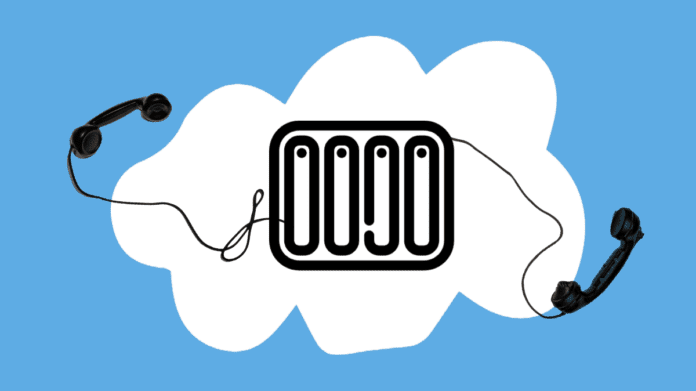 Poor communication can be costly. According to Rider University, businesses with 100 people stand to lose at least $400,000, due to a drop in productivity, miscommunication, and bad business practices. For those with a hundred thousand employees, the cost is greater at a whopping $62.4 million.

For this reason, companies heavily invest in building and supporting effective communication systems. However, as work becomes increasingly remote, complications around communication and collaboration have raised challenges. Moreover, the available communications infrastructure may not be sufficient to meet the needs of a growing number of enterprises. Those who still rely on legacy phone lines may find themselves competing for a slot.

To provide businesses with a more stable arsenal of communication tools while also making it cost-effective and scalable, many enterprises are now shifting to SIP trunking.

What Is SIP Trunking?

​​SIP trunking is the process of delivering voice and other types of unified communication services through the internet instead of traditional telephone lines.

To be more specific, a business that employs this technology can now make outbound and receive inbound calls via the private branch exchange system while using their internet service providers and servers. The type of connection between two or more devices can be:

SIP trunking follows the principle of SIP, which stands for “session initiation protocol.” This approach acts as a guide for the connection, modification, and communication between two or more participants. These participants may refer to people, devices, or both.

The rules of SIP give rise to packet-based switch networks. In this setup, the messages get broken down into various small packets. They then travel through the most efficient routes, and they don’t need to share the same one. Once they reach their destination, the trunking protocol then reassembles these packets to complete the message.

In contrast, both traditional and modern circuit-based switch networks still rely on a committed circuit line to deliver the message. Because of this, the lines may not be able to accommodate large data.

Often, SIP trunking is confused with voice-over-Internet protocol (VoIP), and it is not unusual for the terms to be used interchangeably. However, while they are related, they don’t share the same meaning.

VoIP refers to a group of technology that allows the transmission of voice calls over the internet to different devices, which may include another computer, a cloud-based phone system, or a mobile device.

SIP trunking can support virtually all forms of unified communication systems that include instant messaging (IM), video, and multiple video or audio conferencing as long as the devices used are SIP enabled. In the end, VoIP can actually be an example of SIP protocol applications.

How SIP works in trunking

A SIP call refers to the routing of calls over the internet as data. To do this, it needs a SIP trunking system. Before these types of technologies emerge, a growing enterprise would likely use a private exchange branch (PBX) system that can connect outside calls to the different departments or employees, for instance. When they needed to make outside calls, they would have to be connected to a public switched telephone network (PSTN), which then delivers these voice calls to their destination.

The link between PBX and PSTN is called the primary rate interface (PRI) line, which converts an analog signal to an electrical signal so it can then pass through the copper line, such as America’s T-1. As the number of businesses increases and the companies themselves grow, they would need more allocations of these lines. Since the number of channels the line can accommodate is small (fewer than 23), it would mean that they would have to buy more PRI, which could be costly.

The Benefits of SIP Trunking

SIP trunking eliminates the need for the PRI. The usual components, like PBX and PSTN, remain to establish a virtual connection between the two. Because the link is virtual, there’s no limit on the number of users and connections a business can make. They can also remove and add communicating requests to their providers. In turn, SIP becomes a  low-cost and flexible alternative to a PRI trunk line.

If there’s one issue using SIP trunking, it is the quality of the call or data, but this depends on the bandwidth allocation. If many are competing in the same bandwidth, both the sender and the recipient can expect data loss. Thus, growing companies may also need to increase their IT spending when using VoIP, SIP, or both.

Read next: Maximizing the Benefits of UCaaS