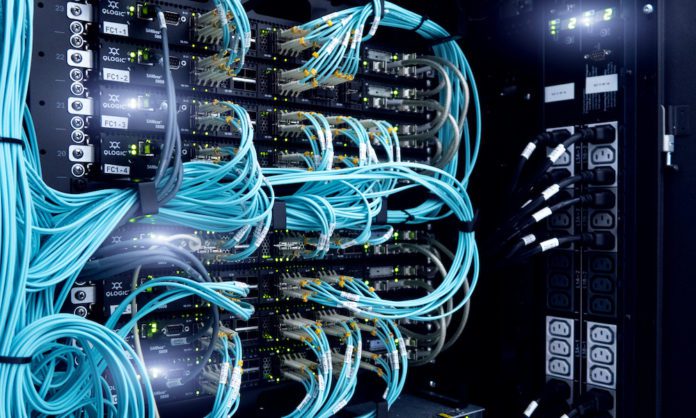 Digital transformation hinges on IT, with ITOps being the glue that binds it together. But with enterprise ITOps struggling to keep up with rapid innovation and agile technologies, what is needed is a distinct form of strategy, CloudOps, that pulls best practices from DevOps and ITOps to achieve CI/CD for greater business success.

In this article, we will discuss ITOps and CloudOps and their similarities and differences, highlighted with commentary from the experts in the field.

ITOps, or Information Technology Operations, is the process responsible for delivering, deploying, maintaining, configuring, and monitoring an enterprise’s IT infrastructure. It can include both physical and virtual components that together make up an enterprise’s IT environment.

In short, the responsibility of ITOps teams lies in ensuring that the IT business runs smoothly without any interruptions to IT services.

The primary function of ITOps teams is to manage the infrastructure, whether be it on-prem or the cloud, and see to it that they support the other business functions as well. Other functions of ITOps include:

Today, data is being produced at exponential rates. Add the fact that the cloud has increasingly become more complex as enterprises expand into heterogeneous environments, including multi-cloud, public cloud, private cloud, hybrid cloud, and the network edge. Effectively managing this diversity and sifting through all this data is overwhelming for IT teams.

Specific problems they encounter are:

With ITOps mired in legacy practices, innovation slows down, and business productivity takes a hit. Traditional ITOPs need to evolve from these outdated gatekeeping methods and adopt agile methodologies to help organizations retain their competitive edge.

What is required is a different way of working. Enter CloudOps.

“CloudOps is the practice of building infrastructure and applications as code in the public cloud,” says Bryan Woodworth, Principal Solutions Strategist at Aviatrix. “More specifically, it refers to a broad set of tools and practices that began with DevOps, then transitioned to CloudOps as developers embraced public Cloud as the de facto model for application deployment and migration.”

“A good turning point between DevOps and CloudOps, if we were to stick our finger in the air, would be when Microsoft acquired GitHub and plumbed the Azure dev ecosystem into it. This sent a profound signal to the industry that DevOps was in the rear-view mirror for Enterprise and that CloudOps was now the center of gravity in terms of CI/CD pipelines, automation, tooling, and best practices for continuous development cycles.”

Woodworth explains, “The key tenets of CloudOps are to embrace agility via the programmatic interfaces and APIs of cloud, to speed up deployment and build using as-a-service offerings, and to leverage the massive scale of these services to create new services and experiences that would otherwise be far too expensive or complex for a single shop or line of business to manage. Meaning that your pipelines and tools are now laser-focused on what cloud offers because this is where all your new investments are going.”

CloudOps teams use a combination of automation, abstraction, and continuous operations for faster innovation and to gain a competitive advantage over others.

Automation: With cloud automation, you can manage your computing workloads far more effectively than when doing it manually. Your systems can scale up and down as per demand, guaranteeing optimal utilization of resources.

Abstraction: In a distributed cloud environment, CSPs abstract away the complex details, making the process simpler and easier to understand for end-users. It leads to increased efficiencies and improved productivity.

Continuous Operations: With automated CI/CD pipelines, the time to market is reduced so developers get to release new products faster. Overall, it makes for happier customers.

How Do CloudOps and ITOps Overlap?

CloudOps and ITOps have some overlapping features. “Although the Cloud is the best option in most scenarios, modern enterprises will typically have hybrid on-prem to cloud or hybrid cloud deployments covering both disciplines,” says Jacques Botha, VP of Global Engineering, Provoke Solutions.

“In reality, it isn’t a one or the other option. Operation teams need to adopt cloud practices to on-prem environments to drive the same agility and reliability seen in the cloud. Leveraging common toolsets for automating infrastructure and software and monitoring the security and performance of platforms should start to blur the lines between cloud and on-prem components. This also helps traditional teams upskill and become cloud-ready.”

How Are CloudOps and ITOps Different?

Even though there is overlap between the two technologies, there are certain core differences between them.

Reuven Harrison, CTO, and co-founder of Tufin, says, “IT Ops maintains mutable systems that run continuously for a long time and undergo successive configuration changes. There is no known state rather than the system itself, which makes it difficult to diagnose in case of a problem. In contrast, Cloud Ops is mostly immutable: instead of reconfiguring running systems, they prefer to redeploy a new version. Configuration is kept in a configuration management system such as Git. This is easier to maintain and more secure.”

Harrison points out, “ITOps has SLAs (service level agreements) of hours, days and weeks. For example, a firewall policy change may take a few days to be approved and implemented. In contrast, “Cloud Ops has SLA of seconds and minutes. For example, a new system or even an entire application can usually be deployed within a few minutes.”

Dave Russell, Vice President of Enterprise Strategy at Veeam, says, “For CloudOps, one of the key cornerstone attributes that isn’t as important in ITOps is around the economic considerations.”

He explain, “Too often, organizations get focused on ‘IT works’ on-premises versus in the cloud, where IT works but is horribly inefficient and therefore cost-prohibitive. Organizations may find this out the hard way. This is one of the major ways CloudOps and ITOps differ, as lift-and-shift to the cloud don’t always equate to a solution well aligned to the cloud economic models.”

So, should you ditch ITOps for CloudOps? Well, not exactly.

While CloudOps helps businesses maintain their competitive edge, it’s not the only way forward. Actually, your IT teams can employ both for increased efficiency, productivity, and security. As Russell points out, “The data center is not going entirely away for most organizations. The key is to understand what workload and application should be developed, and then later deployed and managed, in what environment (on-prem or in the cloud). That means that coordination across the teams is very likely required. But both must realize that they are in the same business, providing business outcomes through IT—they just go about it in different ways.”

Susnigdha Tripathy
Susnigdha Tripathy is a full-time writer and editor who presently lives in Singapore. She has over ten years of experience writing, editing, and delivering exceptional content for her clients. She currently writes for Virtasant, a cloud technology company, and Krista Software, a provider of intelligent automation solutions. Her work also gets published on several high-ranking tech websites.
Previous articleCreating a Disaster Recovery Plan for Hybrid Cloud
Next articleTop Managed Service Providers 2022