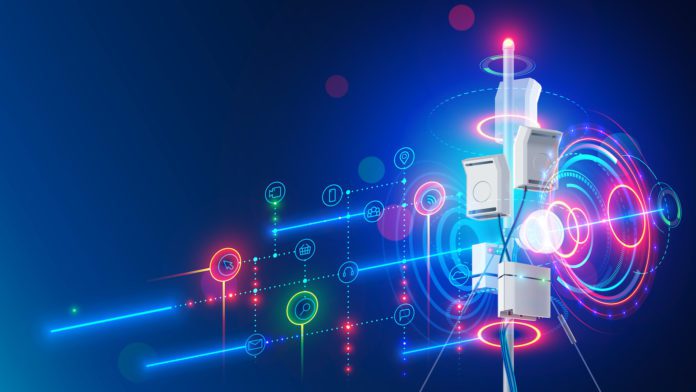 MPLS, or Multiprotocol Label Switching, is a data forwarding technique that functions by routing traffic using pre-defined paths. It emerged in the 1990s as a better alternative to network routing. In traditional IP protocol, routers perform IP lookup at every node, leading to delays and time lags. In contrast, MPLS does label switching where the packet’s route is decided in advance.

In the MPLS network, only the first router performs a lookup, but after that, the routers just read the headers without having to crawl through the data packet’s information to check its IP address. This saves time and enables faster and more efficient packet transfers.

An MPLS network is a hybrid service that operates between Layer 2 and 3 of the OSI hierarchy. In the OSI model, Layer 2 (Data Link) transfers data between nodes in a WAN or a LAN. Layer 3 (Network) routes data packets using IP protocols. While MPLS routes packets with the speed of Level 2, it preserves the scalability of level 3.

How Does Network Routing Work?

Thus, to determine the packet’s next destination, routers must make independent decisions regarding the next stop by consulting a routing table. But each router’s individual routing decisions can cause a lag, making them unsuitable for latency-sensitive communications technology applications.

If you are looking for a method that can help data travel faster than standard IPs, then an MPLS is a good option.

How does Routing Work in MPLS?

To understand routing in MPLS, we must first understand what MPLS labels and routers are.

In MPLS, data packets are affixed with one or more labels. These labels contain information about where the packet should go inside the MPLS network.

A label stack is composed of four parts:

With the help of LSPs, we can predetermine the path that packets will take, unlike IP forwarding, where a packet can follow any number of paths.

Now that we have a fair idea of the architecture of an MPLS network, let us see how it works:

Here is a tabular form that shows the differences between IP and MPLS:

MPLS provides numerous advantages to businesses. These are:

MPLS is protocol agnostic as it can work with various network protocols like Frame Relay, Serial, Metro, Ethernet, ATM, etc. Furthermore, since MPLS routers only read the labels attached to the packets, they don’t perform multiple router lookups. As a result, it lessens network congestion and leads to improved performance.

MPLS supports traffic engineering (TE) that reroutes traffic and avoids network congestion. Congestion occurs when there are inadequate resources to manage network traffic. If there is a congested path, TE will route the traffic through a less crowded path, ensuring minimal hold up. This is vital for high-priority or mission-critical apps that must reach the end destination without delay.

The experimental bits in the MPLS label specify Quality of Service or QoS. QoS is a feature that prioritizes traffic flow. Thus, an MPLS network can prioritize traffic and ensure that more critical traffic passes first. This is necessary for video/voice communications where latency should be nil.

In MPLS, the path is already predetermined. Thus, there is no heavy lifting involved.  Yet again, there is a great deal of flexibility in MPLS networks. With the help of traffic engineering, network traffic can be routed through less congested paths, improving throughput and customer satisfaction in the process. So, basically, with MPLS networks, you get the best of both worlds.

What are the Disadvantages of MPLS?

MPLS offers fewer security features when compared to traditional network providers. Most importantly, it is not encrypted, thus making it more vulnerable to cyberattacks. However, users can work with their service providers to set up encryption and safeguard their network from cybercriminals.

Setting up dedicated paths in MPLS takes a long time; sometimes, it can also continue for a few months, making it difficult for enterprises to scale up quickly. Additionally, MPLS networks are more suited for point-to-point connectivity and thus are not ideal for the cloud.

A drawback of MPLS is that bandwidth costs are expensive. With consumers turning more to bandwidth-intensive content like videos, the high per-megabit price can be a disadvantage.

The Future of MPLS

While the various benefits of MPLS make it a dependable solution for enterprises, the move to the cloud makes it an unviable option. SD-WAN is one of the many alternatives to MPLS that offers agility and cost-effective connections to organizations. Nevertheless, this does not mean that MPLS is dead — a more likely scenario is enterprises using a mix of both to meet their digital transformation needs.

Susnigdha Tripathy
Susnigdha Tripathy is a full-time writer and editor who presently lives in Singapore. She has over ten years of experience writing, editing, and delivering exceptional content for her clients. She currently writes for Virtasant, a cloud technology company, and Krista Software, a provider of intelligent automation solutions. Her work also gets published on several high-ranking tech websites.
Previous article
MPLS vs. SD-WAN
Next article
What are Virtual Network Assistants?