The 802.11ax Wi-Fi standard, which is being branded as Wi-Fi 6 by the Wi-Fi Alliance, is now making its way into enterprise deployments. Among the first vendors to announce Wi-Fi 6 gear is the Hewlett Packard Enterprise (HPE) Aruba business unit, which announced new hardware and software on Nov. 13.

Among the new hardware is Aruba’s 510 series of Access Points (APs), which is the company’s first to support Wi-Fi 6. The new 510 series also provides supports for the Bluetooth Low Energy (BLE) 5 standard to enable additional functionality. The promise of Wi-Fi 6 is increased speed with better stability, though at this point, the underlying 802.11ax standard has not been formally ratified. 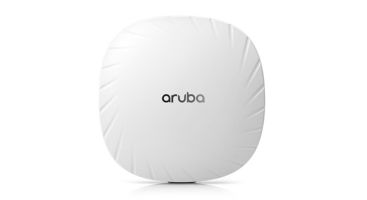 “The 802.11ax (Wi-Fi 6) standard has not been ratified yet, but it is highly unlikely that there will be any material changes from the current draft. And we don’t anticipate any interoperability issues,” Lissa Hollinger, vice president of portfolio marketing for Aruba, told EnterpriseNetworkingPlanet. “The 11ax standard supports client devices running 802.11ac/n/g/b/a, so as 11ax clients come to market in mid-2019, customers that opt for 802.11ax now are future-proofing their networks.”

Along with the increased performance opportunity of 802.11ax, the Aruba 510 APs also support the new WPA3 wireless security standard. Hollinger said that WPA3 support is built into the Aruba OS, and IT administrators will need to configure variables depending on which options are being used — WPA3-Enterprise or WPA3-personal, just like they would have if using WPA2.

The integration of BLE 5, as well as support for the Zigbee wireless protocol, is also being included in the 510 series APs. Hollinger explained that Aruba has an integrated 802.15.4 radio, which supports Zigbee as well as Bluetooth 5.

“By having integrated Zigbee and Bluetooth 5 on the 510 series, we are covering more than 74 percent of IoT use cases, which results in cost savings as well as ease of management,” she said.

“One of the key benefits associated with the integrated radio is that it allows customers to collapse their overlay networks into one,” Hollinger said.

For example, she noted that previously a hotel leveraging Zigbee for door locks would install an overlay network for Zigbee while maintaining their Wi-Fi guest overlay network. With the new Aruba 510 series, organizations can consolidate the Zigbee traffic onto one network, significantly reducing OPEX and CAPEX costs. 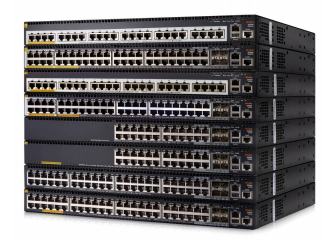 The power and bandwidth needed to support 802.11ax is greater than what is required for 802.11ac. That’s why Aruba is also announcing its new 2930M series of of switches in support of the increased demand of 802.11ax.

Hollinger said that the new 2930M models are designed with hardware components necessary to support industry standard IEEE 802.3bt Class 6 for up to 60W of PoE per port. The two switches ship with software (ArubaOS-Switch 16.07) that includes a new driver to program the PoE controller for detecting, classification, and powering up. PoE technology enables the transfer of both data and power over the same cable and delivers simplicity, cost savings and device control.

While 802.11ax requires more power, Aruba is taking steps to make sure that power usage is optimized with its new Green AP option for its Netinsight software.

“Green AP only works on 11ax APs as this standard supports a deep sleep state mode that previous standards did not,” Hollinger said. “Green AP provides a 72 percent cost savings per AP by reducing the power consumption from 21W to 6W in deep sleep mode.”

Looking forward, Hollinger said that the 510 Series APs are targeted at the midmarket enterprise and Aruba will be building out it’s 802.11ax portfolio in the coming year.

“We will deliver higher performance APs that target the high end of the market with higher capacity supporting larger environments in spring 2019,” she said.