Cisco Announces New Silicon, Routers and OS for 2020 and Beyond 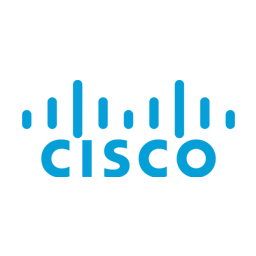 While much of the discussion in the networking industry over the past few years has been about software driven innovation, there is still a need for hardware innovation as well.

Hardware innovation is at the core of Cisco’s ‘Internet of the Future’ technology strategy announced on Dec. 11 with new hardware innovations including the Silicon One networking chip, the Cisco 8000 routing platform and the IOS XR7 network operating system. In a press event announcing the new technologies, Cisco CEO Chuck Robbins said that the technologies have been in development for over five years and are intended to help accelerate traffic, and enable more bandwidth.

The Silicon One chip is being positioned by Cisco as the foundation of Cisco’s future routing platforms, offering the promise of up to 25 Terabits per second (Tbps).

The Silicon One is far from the first time Cisco has announced new silicon and a new routing platform to meet growing bandwidth demand. 15 years ago, Cisco announced the CRS-1 (Carrier Routing System) which was succeeded by the CRS-3 in 2010 and the CRS-X in 2013. At the top end, the CRS-X boasted performance of 12.8 Tbps. At the core of the CRS platform in recent has been a Cisco silicon innovation known as the Quantum Flow processor that was first announced in 2008.

With the Silicon One, Cisco is doing more than it has with some of its past silicon innovations, providing not just more bandwidth, but also more customization capabilities with support for the P4 network programming language, that can be used to help define a logical data plane pipeline.

The Silicon One chip will first land in the new Cisco 8000 series routers, which include both fixed and modular options. The top end of the series is the 8818 router which is 33 Rack Unit (RU) chassis, packing in up to 36 x 400 Gigabit Ethernet (GbE) or 48 x 100 GbE line cards. The maximum rated bandwidth for the 8818 according to Cisco is 259.2 Tbps.

“It’s one architecture for many networking use cases which translates to a focused software platform, not three or four,” Moorhead stated. “Cisco will have to prove this one silicon architecture can scale up and down, but that’s where the 8000 Series comes into play.”