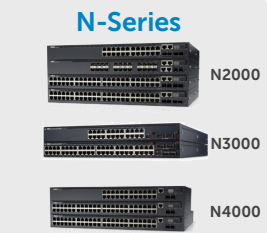 “We took all the features that are relevant to the campus LAN and ported data center FTOS features as well,” Joshipura said.

FTOS is the Force10 operating system that powers much of Dell Networking’s portfolio today. Dell acquired Force10 in 2011 and has been growing out the solution set ever since.

Joshipura said that Dell is not branding its new Linux-powered networking operating system on the N-series at this time. He stressed, however, that from a management perspective, Dell’s networking solutions can all be managed seamlessly whether or not the system is Linux or FTOS.

“The kernel is Linux, but that doesn’t show up from an operations perspective,” Joshipura said. “What it provides is the openness, reliability and programmability that Linux brings.”

The Command Line Interface (CLI) that Dell Networking has is now standardized across the entire portfolio, enabling a similar management experience.

Dell is also revamping its C-Series of switches, which had originally come to Dell from Force10.