Juniper is expanding its product portfolio in support of its emerging SDN vision. The expanded portfolio includes a new family of programmable switches, a virtual WLAN controller, and a new network management tool. 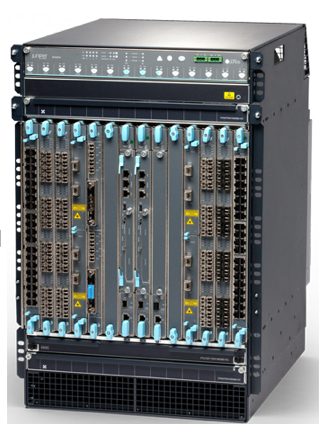 since Juniper first entered the switch market in 2008.

“The EX9200 is a net new addition to the Juniper switching portfolio,” Dhritiman Dasgupta, Senior Director of Product Marketing and Strategy at Juniper, told Enterprise Networking Planet. “Its high degree of programmability differentiates it from existing Juniper switching platforms.”

At the core of the new programmability is the Juniper One Programmable ASIC. Dasgupta noted that the Juniper One ASIC was designed in-house by Juniper and is used across a number of Juniper products. Juniper’s flagship ASIC is the Junos Trio, which was first announced in 2009.

Dasgupta explained that the Juniper One ASIC is not fundamentally different from the Trio ASIC, but has been optimized for switching, and with its flexible pipeline architecture, the EX9200 is the industry’s most programmable Ethernet switch.

The biggest EX9200 box, the EX9214, can support a grand total of 320x10GbE ports. In future, Juniper plans to deliver a 100 GbE line card for the EX9200 as well. The chassis passthrough mid-plane has been engineered for capacity up to 13.2 Tbps.

In addition to the new switch family, Juniper is pulling the wraps off the new JunosV wireless LAN controller (WLC). Dasgupta explained that the WLC is a software-based controller that can run in any x86 environment (e.g. on the EX9200, on a server, or on a dedicated controller platform) in any location in the network.

“When run in an EX9200 environment, it can share key capabilities with the switching platform, such as shared memory, tables sizes and policy, to truly unify wired and wireless functionality,” Dasgupta said.

The JunosV App engine was first announced by Juniper in October of 2012 for its MX-class routers. The JunosV App Engine is enabled by a CentOS Linux-powered KVM virtual hypervisor.

Dasgupta explained that Junos Space Network Director is a new application which runs on the existing Junos Space platform.

“It is a single, unified management tool which unifies management across wired and wireless devices and across the campus and data center,” Dasgupta said.

Auth0 and Okta both offer zero trust network security. Explore the differences between these providers and decide which is right for you.

5G is the next generation of wireless internet, promising faster speeds and higher capacity. Learn more about building your own private 5G network.