What You Need to Know About Cloud Automation: Tools, Benefits, and Use Cases 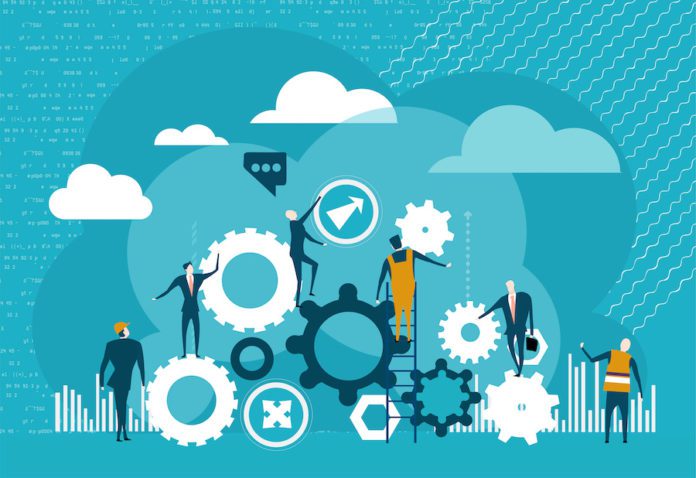 For most enterprises, migrating to the cloud is a prerequisite for digital transformation and a means to outperform their competitors in a deeply competitive landscape. As businesses are becoming comfortable with the cloud, they are increasingly moving advanced workloads to the cloud.

But advanced workloads mean more complicated and intricate cloud environments. As a result, IT has the task of potentially managing thousands of VMs and diverse workloads spread across the globe. Cloud automation offers an efficient way to deal with these challenges.

Cloud automation simplifies and optimizes the management of complex cloud infrastructures and enables teams to work efficiently at scale. It also makes sound business sense to invest in automation. In a survey by Capgemini, 80% of Fast Movers reported that their organization’s agility had improved by implementing automation. Another 75% of Fast Movers saw an increase in profitability, exhibiting the economic benefits of adopting cloud automation.

What is Cloud Automation?

With the global cloud automation market poised to reach $149.9 Billion by 2027 at a CAGR of 22.8%, it seems to be the right time to learn about cloud automation and its role in improving operational efficiency in the cloud environment.

So, what exactly is cloud automation, and how does it benefit your business?

Cloud automation refers to the method and processes used by enterprises to minimize manual efforts by IT teams when deploying and managing workloads. With automation, organizations reduce an IT team’s need to micromanage things, thus freeing up their time and enabling them to focus more on higher-value projects that drive significant ROI.

Having to manage heterogeneous systems in the cloud is no small task. Cloud management is a complicated process that requires proper orchestration between the people, processes, and technologies operating in a cloud environment. With a cloud automation solution, you can minimize errors, reduce operational costs, and optimize business value. Whether your IT team needs to provision/deprovision servers, configure VMs, move applications between systems, or adjust workloads, automation can step in to expedite the process(es).

Besides the benefits of reducing manual work, cloud automation provides added advantages like:

When repetitive tasks are automated, the workflow speed increases as tasks that used to take weeks or days are done in minutes. With a drastic reduction in development and production time, the operational efficiency of an organization naturally improves. The productivity of employees also increases as they get to focus more on the rewarding aspects of their work instead of doing IT heavy lifting.

Provisioning servers manually can expose sensitive data to unauthorized users and increase the attack surface. In contrast, an automated solution creates an orderly environment that is far easier to protect. Automation reduces the possibility of misconfiguration and security posture drifts, thus amplifying the security stance of the enterprise.

Humans are prone to making mistakes, but mistakes are costly. Automated systems can handle routine, monotonous work much better than humans at far less cost. Moreover, automated solutions let you identify under-provisioned and unnecessary resources in your cloud system. By acting on these money sinkholes, you can reduce your organization’s overall expenses and save money.

When you work with manually configured clusters, you’re going to run into misconfigurations. Without having complete visibility into the system, it becomes difficult for IT staff to pinpoint irregularities and rectify them. Cloud automation allows you to set up resources in a standardized manner, which means you have better control over the infrastructure, leading to improved governance.

Use Cases for Cloud Automation

IaC streamlines the management of environment drift and removes discrepancies that lead to deployment issues. Further, manually configuring servers is time-consuming. Infrastructure automation tools, such as Terraform, Pulumi, or AWS CloudFormation; automate recurring tasks, like building, deploying, decommissioning, or scaling servers; and bring down the deployment time from days to minutes.

In today’s fast-moving and agile IT environment, manual deployment of applications doesn’t have a lot of value to some organizations. Agile organizations believe in continuous delivery and often push out a dozen releases in a week. That is not possible with the manual method of deploying applications, where failing to execute even a single deployment script leads to inconsistencies affecting the software release cycle.

By automating application deployment, the probabilities of errors are reduced to a minimum, and firms achieve faster delivery of projects in a much shorter time frame with fewer efforts.

As enterprises move from legacy systems to expansive cloud environments, it can become challenging to supervise hundreds of end users that need various levels of access to cloud services. Manually allocating access rights to individual users is cumbersome and leads to delayed action. Plus, there is the risk of granting access to the wrong person(s), which can threaten the organization’s cloud security posture.

With cloud automation, identity and access management (IAM) becomes a lot more structured and secure. By automating IAM policies, you can reduce the chances of errors by restricting access to only specific people.

Here are some examples of automation tools that you can use to manage your cloud resources effectively.

In the market since 2005, Puppet is an open-source deployment tool that automates server configuration by eliminating the manual use of shell scripts. Puppet uses its own domain-specific language called Puppet Code to automate infrastructure deployment across a range of devices and operating systems. Mostly preferred for complex deployments, Puppet codifies applications into declarative files and stores configurations in version controls for teams to compare with a centralized source of truth.

Ansible is an open-source deployment and network automation tool that is simple to put up and operate. Unlike Puppet, which installs agents on clients’ servers, Ansible uses an agentless architecture with all functions carried out through the SSH command line. Thus, not having to install individual agents in servers saves time and simplifies the deployment process. Also, it uses YAML language, which is much easier to read than other data formats like JSON or XML.

Leverage the Limitless Possibilities of the Cloud

Susnigdha Tripathy
Susnigdha Tripathy is a full-time writer and editor who presently lives in Singapore. She has over ten years of experience writing, editing, and delivering exceptional content for her clients. She currently writes for Virtasant, a cloud technology company, and Krista Software, a provider of intelligent automation solutions. Her work also gets published on several high-ranking tech websites.
Previous articleNvidia’s Quantum-2 Comes with NIC or BlueField-3 DPU
Next articleData Loss Prevention: Forcepoint vs. Symantec