VMworld 2014: Protecting Network Admin Jobs in the Age of SDN

Whether you think SDN is hype or not, it’s clear that virtualization and cloud computing are set to have a dramatic impact on enterprise networks—and, by extension, the job of the enterprise network administrator. SDN won’t annihilate the networking workforce altogether, but in the brave new world of cloud, network virtualization, and software defined networking, a network admin who doesn’t change with the times may soon find himself out of a job.

“Greenbeards.” That’s what networking management veteran and SolarWinds “Head Geek” Patrick Hubbard calls the old guard of the networking world, thanks to the tint the greenbeards’ graying grizzle takes on from the green glow of their screens. Greenbeards at large organizations typically earned their stripes at a time when enterprise IT was heavily siloed and encouraged specialization. On the networking side, that meant specializing in configuration and manual provisioning. But now that the programmable network is on the rise, those specialties mean less than they used to.

In much the same way that virtualization and outsourcing are thinning the ranks of the junior network admins who rack, stack, and cable hardware on the data center floor, the programmable network is now threatening the desks of the network-admin-as-configuration-master. So are the sysadmins who stand to “walk away with” control of the programmable network, Hubbard said. 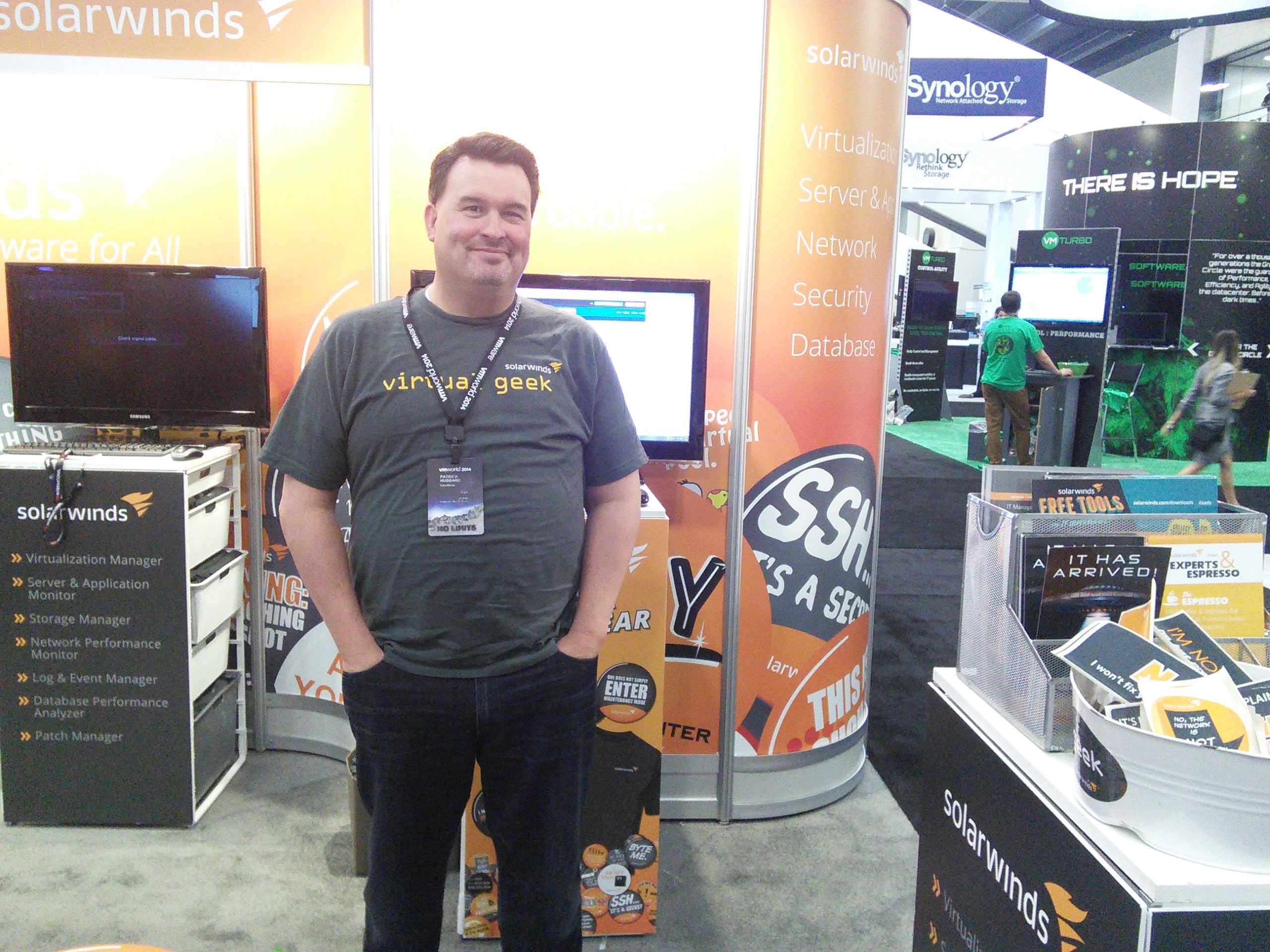 All is not lost, however. To Hubbard, the changing face of the enterprise network provides “an opportunity for more ambitious admins—the cowboys—to get involved in applications as they never have before.” It is, in fact, more of an imperative than an opportunity. Application service delivery, quality, and user experience have become critical to the enterprise. Issues must be resolved quickly; there’s no time for helpdesk tickets to bounce back and forth between different IT silos as staffers attempt to identify the problem. Being able to identify whether performance issues originate in the application or the network is vital.

Also vital to SDN and the programmable network are scripting, automation, and policy management skills. The latter becomes especially important when you consider all the autonomous, application-driven policies that populate a programmable network, Hubbard explained. Making sure all those policies play well together and don’t break anything will demand active monitoring and programming abilities. Luckily, many network admins already have those skills.

“We’ve been hackers for a long time,” Hubbard said. “Now we’re getting pulled in to the systems side.” And that’s a good thing, because while cloud, virtualization, and SDN might reduce the amount of networking infrastructure an organization keeps on premises, they also create new challenges, challenges often best dealt with by a network admin—if that network admin knows how to make his voice heard.

Being heard is particularly important given the relative ease with which the programmable network and its components can be configured and reconfigured. Many changes can undermine security in ways that non-network people might overlook.

As an example, Hubbard pointed to last year’s Target data breach, which he believes “started as a PowerPoint. Someone decided to show how much money Target could save if they gave their HVAC company remote access to the network.” The idea, Hubbard speculated, made its way up through the Target leadership until someone signed off on it. The rest is history (and so is Target’s CEO, thanks to the resulting security disaster). In this case and others like it, Hubbard told me, disaster could have been prevented by an admin with a clear understanding of the network infrastructure and therefore the security impact that the policy change would have.

The voice of the network admin can also prove vital beyond the enterprise perimeter. Cloud computing tempts many an organization thanks to its purported flexibility, scalability, and cost savings, but with public and hybrid cloud comes a sudden reliance on the WAN and consequent loss of control over connectivity.

Hubbard calls this the “myopic LAN,” where the enterprise can only see one end of the pipe. The networking industry now recognizes the importance of the wide area network and is working towards more LAN-like functionality on the WAN. Until those solutions mature, however, network admins can distinguish themselves by evaluating and diagnosing potential trouble spots on the wide area network in ways that non-networking folk might not consider, such as by testing for IPv6 peering issues and connectivity problems.

Ultimately, what will distinguish the successful network admin of the future from the greenbeard who gets phased out of a job will be leadership, according to Hubbard. Network admins must take charge and take ownership of their networks, whether in virtualized, software defined, or any other form, and must make application service delivery a priority. The network exists to enable the business. The successful network admin will use all the tools at his disposal to make sure that happens.

“As an admin, position yourself to be on the vanguard,” Hubbard said.