OpenDaylight is now celebrating its sixth anniversary with the launch of its 10th platform release, dubbed “Neon,” on March 26. Neon integrates enhanced optical transport networking and virtual networking features as well as stability and scalability improvements.

“Neon speaks to OpenDaylight’s longevity as well as its integration with other projects like Kubernetes, ONAP, OPNFV, and OpenStack,” said Phil Robb, vice president, Operations, Networking, and Orchestration at the Linux Foundation. “I am continually impressed by the community’s cohesiveness in delivering platform releases with updates and features that enhance evolving SDN use cases.”]

The OpenDaylight project was officially announced in April 2013 with a long list of marquee sponsor all focused on the goal of creating an open source SDN controller.

Over the past six year the project has had 10 major milestone releases and benefitted from the contributions of over a thousand authors that have contributed well over 100,000 code commits. OpenDaylight is also a product platform, that in 2019 is used in vendor solutions that benefit over one billion end users.

OpenDaylight in 2019 is no longer the only open source networking project at the Linux Foundation. Rather it’s one of many that have chosen to come together under the umbrella structure known as LF Networking, which was announced in January 2018

The Neon release follows the Fluorine update that was released in September 2018. 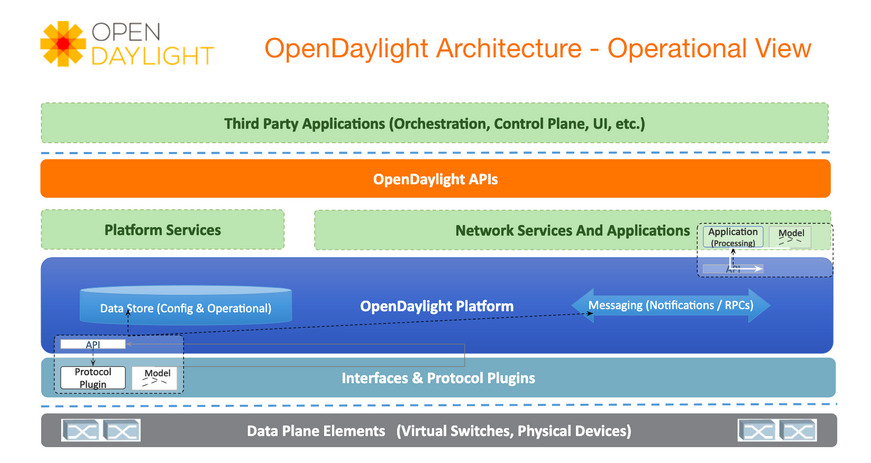 OpenDaylight is made up of a series of sub-projects and one of the key additions in the Neon release come from the NetVirt network virtualization effort.

“The Neon release inherits a rich set of network virtualization (through the NetVirt project) features from the Fluorine release and makes a number of key improvements,” the project stated. “The Neon NetVirt function contains improvements in transaction handling patterns, exception handling, integration test scope and reliability and, functional and memory related bug fixes.

Sodium Is Up Next

The next major release of OpenDaylight is codenamed “Sodium” and is set for release in late 2019.