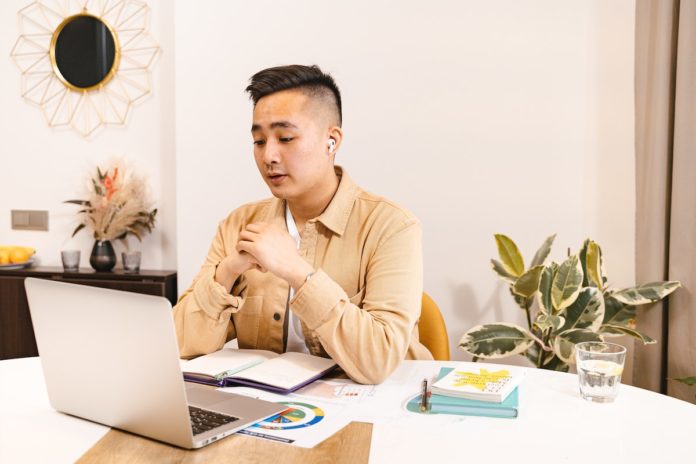 The COVID-19 pandemic, which is entering its third year, is continuing to reshape IT and business environments as enterprises adapt to the long-term changes brought on by the global public health crisis, according to a report this week from software-defined WAN (SD-WAN) provider Aryaka.

Findings in the vendor’s sixth annual 2022 State of the WAN Report showed that the trend toward hybrid work continues to harden in organizations and that in response, businesses are closing more office sites, such as branch offices, and adopting software-as-a-service (SaaS) applications like collaboration offerings, including Microsoft Teams and Zoom.

The accelerated digital transformation efforts driven by the pandemic are resulting in more data centers being shut down as enterprises move more of their business into public clouds, networking budgets are expected to grow and organizations are increasingly adopting cloud-centric and agile strategies, which is fueling a shift to greater convergence.

In the networking and security field, that includes adoption of secure access service edge (SASE), which essentially brings together SD-WAN and key security frameworks. In addition, more than two-thirds of the more than 1,600 enterprises that responded to Aryaka’s survey said they will opt for managed SASE to address such issues as complexity and costs.

“We see a movement to what we’re beginning to call the permanent hybrid enterprise,” David Ginsburg, vice president of product and solutions marketing at Aryaka, told Enterprise Networking Planet. “This leads into the acceleration of digital transformation coinciding with accelerating legacy data center decommissioning.”

Organizations also are looking for ways to reduce the complexity that such hybrid environments can create and to have vendors shoulder some of the burden by providing converged offerings in managed services environments for networking and other IT areas.

“There’s always been an issue with observability and control, but this has gone up in mindshare over the last year vs. some of the other considerations,” Ginsburg said. “It’s becoming more and more of an issue in terms of what enterprises are looking for to solve their issues, what we call an all-in-one SD-WAN and SASE offer. They don’t want to go to a bunch of different vendors or providers to try to stitch something together.”

The Shift to Hybrid Work

The continued transitioning to a more permanent working model shouldn’t come as a surprise. As the pandemic tightened its grip on the world throughout 2020, companies almost overnight sent their employees to work from home, which forced them to rapidly adopt cloud services such as collaboration software to adapt to the new business environment. Since then, many organizations have said they will allow many workers to continue working remotely, at least part of the time.

According to Ayaka’s report, that trend is accelerating. The survey found that almost half of respondents said 25 percent to 50 percent of their workers are remote and that 28 percent said that up to 75 percent of their staff is remote. Going forward, once pandemic-related restrictions are eased, 43 percent of businesses expect as much as half of employees will work remotely, with another 25 percent saying that number could be as much as 75 percent.

The growing adoption of a hybrid workforce also coincides with businesses increasingly closing physical facilities. A quarter of respondents said they have closed 25 percent to 50 percent of office sites. This puts a premium on managing worker movement between sites and ensuring a good experience for employees working from home, which requires dynamic network bandwidth reallocation, which 61 percent of businesses tagged as very important.

Ginsburg said Aryaka had run into this situation. The company has a main office in San Mateo, CA, that is designed to accommodate about 100 workers.

“We’re a very distributed company anyway,” he said. “Going forward, we don’t necessarily see the need for that number of seats even at our headquarters, and a lot of people are making that same calculus.”

The shift to remote work also puts a premium on collaboration and productivity software and services. Companies like Zoom and Microsoft—with Teams—saw use and revenues rise sharply in the months after the pandemic set in. According to Aryaka’s report, those offerings will continue to play a key role in the hybrid-work world.

Teams and Office 365 saw strong adoption in the survey, at 58 percent and 55 percent, respectively. That was followed by Zoom and Google Docs at 35 percent, Salesforce at 28 percent and SAP HANA at 25 percent.

That said, performance is still an issue, with 42 percent of businesses saying slow performance for remote and mobile users was a top issue and 37 percent pointing to slow performance at branch offices. This puts a focus on the network and raises the issue of control as the shift to the cloud and services continues.

“This has always been an issue,” Ginsburg said. “You’re implementing your WAN infrastructure, you’re investing, you’re bringing SD-WAN and SASE, but if you don’t have control, if you don’t understand how your applications are performing, you don’t understand what your user experience is. It’s not serving your business objectives. This goes back to things like Teams [and] collaboration applications, where you need to have a very good understanding of how your web infrastructure is actually handling this.”

A key part of the reshaping of the IT environment is the transformation of the WAN, Ginsburg said. Organizations aren’t just looking for security or for application optimization. They want everything in a single bucket, fully integrated and easy to use. This is where SASE comes in, bringing with it a broad array of capabilities, including WAN—or SD-WAN—security, application optimization, multicloud connectivity, and last-mile management.

It also dovetails with the shift away from Multiprocotol Label Switching (MPLS), which  for years had been the key technology for connecting branch offices with central data centers but has seen its usefulness wane in the wake of greater mobility and cloud adoption. About 46 percent of businesses plan to end some or all of their MPLS contracts over the coming year.

Given the rampant change, organizations are expecting to see their networking budgets grow. About 25 percent of respondents anticipate budgets jump by 25 percent or more and three-quarters expect at least a 10 percent bump.

“This ties hand-in-hand into the other statistics that are coming out in terms of enterprises accelerating some of their longer-term digital transformation efforts,” Ginsburg said. “In the pandemic environment, what was originally a five-year project has now been brought inward. … People want to take a step back, understand where they need to invest for the long term and are beginning to do that planning and then beginning to make those investments.”

This also has created a change in priorities, he said. Where once businesses said reducing complexity in connectivity was the top need, they are now putting a greater emphasis on the foundational costs of transformation.

Read next: Democratizing IT for Rapid Digital Transformation

Jeff Burt
Jeffrey Burt has been a journalist for more than three decades, the last 20-plus years covering technology. During more than 16 years with eWEEK, he covered everything from data center infrastructure and collaboration technology to AI, cloud, quantum computing and cybersecurity. A freelance journalist since 2017, his articles have appeared on such sites as eWEEK, The Next Platform, ITPro Today, Channel Futures, Channelnomics, SecurityNow, Data Breach Today, InternetNews and eSecurity Planet.
Previous articleCloudflare vs Akamai: Network as a Service (NaaS) Comparison
Next articleBlue Prism vs. UiPath: RPA Tool Comparison 2022