The new 0.85 release will now integrate with the open source OpenStack cloud 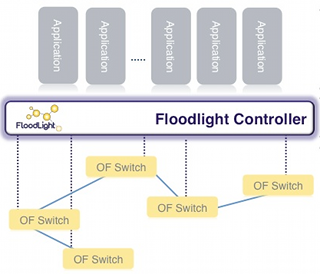 OpenFlow is the primary SDN protocol in use today to enable SDN. With SDN the control and data plane of a network is separated enabling broader network programability. OpenStack is an open source multi-stakeholder cloud project which has the support of IBM, HP, Dell, Cisco, AT&T, Red Hat, SUSE and Canonical among other big name IT vendors.

OpenStack has its own networking project called Quantum which enables some virtual networking capabilities by way of the vSwitch virtual switch. Going beyond what Quantum on its own provides, Cohen noted that having the Floodlight SDN controller will provide additional functionality. He explained that Floodlight will enable administrators to create isolated multi-tenant virtual networks using physical and hypervisor-based OpenFlow switches. Multiple vendors including HP, Juniper and Cisco have varying degrees of OpenFlow support available today on switching platforms.

With Floodlight, Cohen also commented that an administrator can have an enterprise class controller as the central point of management for all OpenFlow switches in an OpenStack deployment.

“This allows an admin to, among many things, easily audit and monitor network state,” Cohen said.

In addition to supporting OpenStack with the new Floodlight release, Cohen said that Big Switch plans to contribute its Floodlight plugin to the OpenStack community and already has developers active in the Quantum community. He added that as Big Switch grows as a company, the plan is to increase activity and code contributions.

“We see OpenStack as an ideal match for the Open Software Defined Networking Platform we are building,” Cohen said.

While OpenStack is the biggest change in the Floodlight 0.85 release it isn’t the only change. The release also marks the introduction of the first Floodlight user interface.

“This interface was contributed by developers at IBM,” Cohen said. “We have also been working closely with Canonical to package Floodlight for the Ubuntu platform.”

With the 0.85 release of Floodlight out the door, there is still much work to be done on the open source OpenFlow controller. Cohen said that Big Switch is now looking at adding persistent storage, multi-language support (ie. python, etc.), Flowvisor integration, and a number of other things as well.

Big Switch co-founder Kyle Forster told InternetNews earlier this year that the commercial release would be likely available inside of this year.