The event also served as a proof point for the power of open source and why it is a model appropriate not just for operating system software like Linux, but also for networking. Jim Zemlin, executive director of the Linux Foundation, delivered one of the day’s keynotes, starting off by telling the audience that technically he was Linux creator Linus Torvalds’s boss.

That, however, doesn’t mean that he directs Torvalds’s activities. Zemlin said that his five-year-old daughter and 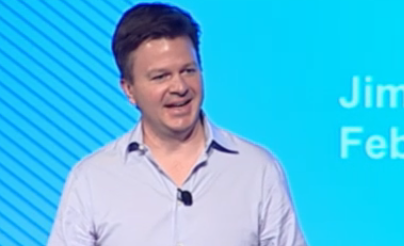 Torvalds are very much alike.

“Both are adorable and both are geniuses and neither listen to me at all,” Zemlin said.

On a more serious note, Zemlin noted that from his earliest days of involvement with Linux, he was told and reminded by industry experts that Linux would fail. Time has proven those experts wrong. The modern world literally runs on Linux.

“A world without open source would be a pretty grim world,” Zemlin said. “85 percent of the world’s stock exchanges would shut down, you wouldn’t have any friends – Facebook runs on Linux, and you’d have to go the bookstore to buy books, since Amazon runs on Linux.”

Zemlin added that during the recent Consumer Electronics Show (CES), he was hard-pressed to find any technology that wasn’t running on Linux and open source.

The same types of criticism that were leveled against open source and Linux in general were also leveled against OpenDaylight when the project first started. Zemlin argued that the Hydrogen release and the incredible amount of participation in the release prove the naysayers wrong. Over 1 million lines of code developed by over 150 developers landed in the Hydrogen release.

“We’re on the right side of history in terms of what people want and creating a better way to innovate and a better, faster, cheaper way to create products,” Zemlin stressed. “The future is open.”

During a panel session at the event, Dan Pitt, executive director of the Open Networking Foundation (ONF), explained that his organization tries to standardize as little as possible. The ONF is the leading organization behind the OpenFlow protocol standard.

Guru Paralukar, executive director at the Open Networking Research Center (ONRC) and one of key figures in the evolution of OpenFlow, generally agreed with Pitt.

“In the networking world we have had an obsession with standards,” Paralukar said. “As networking has more of a software base, we need to operate more like the software industry and we should standardize as little as possible.”

Nick Lippis, one of the founders of the Open Networking User Group, noted that standards can play a role in SDN, but in his view, open source plays a more important role.

“Frankly, I think that the open source pieces of this will be more important and this group [OpenDaylight] represents the beginnings of that,” Lippis said.