Why Service Providers Have Embraced OpenStack

The open source OpenStack cloud platform has been widely deployed around the world by network operators and service providers alike.

OpenStack isn’t just about enabling cloud compute utility computing; it has also become a preferred platform for enabling and deploying Virtual Network Functions (VNFs). In a session at the OpenStack Summit Berlin, Henrik Blixt, product line manager at VMware, outlined some of the key attributes that have attracted service providers to OpenStack. Blixt also provided guidance on some of the key challenges of OpenStack as well.

So why are operators choosing OpenStack?

For most the history of the networking business, hardware and software were tightly coupled, and that was especially true for service provider networking. Blixt commented that specialized hardware also meant tight lock-in with vendors, as well as somewhat inflexible solutions.

“That’s one of the driving forces of the move to VNFs, is getting off legacy hardware and moving to something that is easier to manage,” Blixt said.

Moving to a cloud-native approach, isn’t just about software-defined networking (SDN) or repackaging code in containers. The promise of cloud-native technology and OpenStack as a platform is that it can enable operators to innovate faster, according to Blixt.

He added that cloud native also introduces another toolset and set of technologies that organizations need to test and train staff on how to operate properly. Additionally, the fast pace of cloud-native technology is another potential challenge.

“Investing and committing can be risky and costly in areas with no clear market leader,” Blixt said.

The old model of legacy hardware included certain capabilities and guarantees that are now being replicated in software models like OpenStack.

The primary step to building a software-based carrier-grade environment is having some form of cohesive configuration management approach. Blixt warned that having too many disparate tools with too many exposed knobs is a potential risk.

Having all the right software dependencies in place is another key attribute, as is having resource guarantees. Overall, the “carrier-grade” label implies a high level of resiliency and fault tolerance that now needs to be replicated in software.

“A lot of network services are mission-critical. You can’t dial 911 and not be able to access the network,” Blixt said.

The Promise of OpenStack

Among the big attractions for operators when looking at OpenStack is the community of participation. Blixt noted that most of the world’s major service providers now use OpenStack somewhere in their infrastructure.

Having so many operators working and using an open source technology enables cross-vendor collaboration. 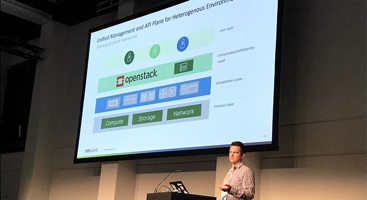