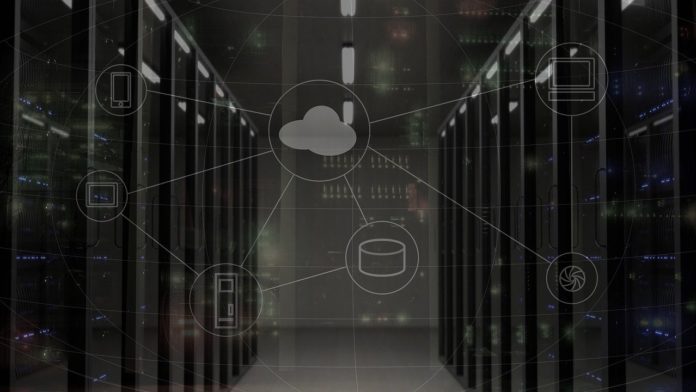 Servers act as the central hub of an enterprise network, constantly storing, sending, and receiving information and moving it to and from a variety of devices, software, and users. All of these external clients rely on servers to process and transport data across the network; but because all nodes of your network are so deeply entwined with servers, servers can easily fall prey to malicious attacks that enter from virtually anywhere else on the network.

What can you do to protect your server and ensure that your network’s core functionalities remain intact in the case of a breach? Consider some of these server security best practices to protect your users, safeguard against malicious actors, and streamline optimization opportunities for your network administrators.

To protect your server security, you should start by analyzing the holistic security of your enterprise network. You can perform this type of analysis manually, but several tools and software categories exist to help you analyze network security. Take a look at WiFi network analysis tools and intrusion detection system (IDS) tools, many of which are free or open-source resources.

The default network administrator accounts tend to have the most comprehensive access to the server and its clients, which is why most malicious actors do everything they can to target those accounts. An important best practice for protecting your server is making sure that your root and administrative accounts are well protected and hidden from outside view.

Avoid obvious naming structures that hackers can easily recognize, such as “Admin Account” or “Super User.” You should also consider dismantling the default network administrator account and replacing it with limited user accounts that are less obvious to hackers, while also adding on some admin controls for those users.

Since vulnerable users are some of the easiest gateways for server access, it’s important that all network users are equipped with strong security features on their devices and applications. At minimum, set organization-wide standards for password security.

Require users to set passwords of a certain length without any common words; no easy defaults or passwords from personal devices and accounts should be allowed on enterprise network logins.

Network administrators should also set up password expirations across user accounts, making sure that users refresh their passwords and ward off any malicious actors who were beginning to crack the code.

A zero trust policy and approach to security is one of the most surefire ways to protect your servers and other network features. Zero trust is all about “trusting no one and verifying everything,” so only approved users and devices can use the network with limited accessibility and timeframes.

Most enterprises trust their employees, but past security breach data shows that many security incidents start due to an accidental or purposeful action on the part of an in-network user. With zero trust policies and security measures in place, you can establish zero trust authentication and minimum permissions across your users, limiting the number of people who have unmitigated access to sensitive network tools like servers.

Network audits are one of the most important administrative activities an enterprise can perform for their network’s health, which ultimately protects the health of the server. A network audit helps you to discover unwanted users, outdated hardware, and needed software updates across the network. You can also audit and assess the health of services, files, and operating systems.

Your security architecture should not only protect the perimeter of your enterprise network, but should also protect at the device, application, and data transmission levels. Just a few of the security measures and tools that your enterprise should consider are:

More on VPNs: Understanding VPNs: The Pros and Cons of IPSec and SSL

Especially if your enterprise runs on several different servers, it’s important to separate those server environments in the case of a breach, ensuring that hackers cannot easily hop from server to server.

Regardless of the other server security best practices that you choose to implement, do not skip the step of externally saving encrypted backups. There’s always a chance that your server will be breached and network data will be compromised, but if you save this information in another location and disguise its contents, your organization can ensure an additional layer of security for highly sensitive information.

Miklos Zoltan, Founder and CEO of Privacy Affairs, explains that external backups not only fight against potential security breaches, but also protect against other problems that your network might face.

“Encrypting stored data is a normal practice in many organizations,” Zoltan says. “However, encrypting data-in-transit is just as crucial. You should also back up your database on a regular basis, and make sure that any backups are encrypted and kept separate from the decryption keys. For example, you shouldn’t keep encrypted backups next to plaintext description keys. Backing up your system on a regular basis protects you not just against hackers, but also from other types of failures, such as problems with physical hardware.” Shelby Hiter
Shelby Hiter is a writer with more than five years of experience in writing and editing, focusing on healthcare, technology, data, enterprise IT, and technology marketing. She currently writes for four different digital publications in the technology industry: Datamation, Enterprise Networking Planet, CIO Insight, and Webopedia. When she’s not writing, Shelby loves finding group trivia events with friends, cross stitching decorations for her home, reading too many novels, and turning her puppy into a social media influencer.
Previous articleVirtualization Software Comparison: Nutanix AHV vs. Citrix Hypervisor
Next articleUsing Digital Twins to Push IoT