There has been some speculation in recent months that the trend toward Software Defined Networking (SDN) could have a negative effect on Cisco.

According to Cisco CTO Padmasree Warrior, that is simply not the case.

In detailed blog post today, Warrior emphasized that SDN and all the innovation that comes with it are good things for Cisco. 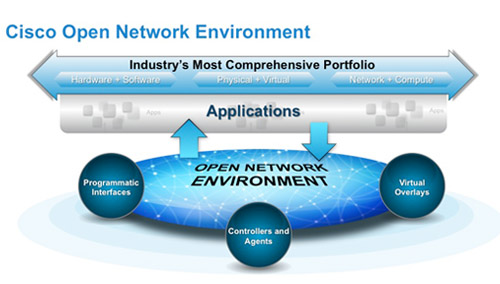 believed: the intelligent network is the most strategic asset for our customers, partners, and even our competitors,” Warrior said. “And we expect to see new competitors. As we often say at Cisco, if you don’t have good competitors, then you’re probably in the wrong markets.”

Last month, VMware bet big on SDN with the $1.26 billion acquisition of Nicira. Oracle has also jumped into the game with the acquisition of Xsigo. New startups like Big Switchare also making a strong play in the market as well.

Cisco formally outlined its own SDN strategyin the middle of June. At the core of Cisco’s strategy is a technology approach called the Cisco Open Network Environment (ONE) platform kit. One includes support for all of Cisco’s network operating systems providing a new level of abstraction and control.

Warrior stated that SDN is not about commoditizing network infrastructure itself as some critics have argued.

“These architectures actually place more demands on the core infrastructure to enable network virtualization securely, with high performance, at scale,” Warrior wrote. “To be clear, there will be new business models and new architectures for infrastructure, but SDN no more minimizes the underlying infrastructure than a new steering wheel undermines the importance of a car engine.”

Warrior also stressed that the open source OpenFlow protocol for SDN is not the be all and end all when it comes to network virtualization. That said, OpenFlow is however being developed as an open standard at the Open Networking Foundation with Cisco’s participation.

“We are actively participating in and driving industry standards in mainstream standards bodies such as the IEEE and IETF, as well as industry consortia including the Open Networking Foundation and OpenStack,” Warrior said.