Networking for Internet of Things (IoT) devices is about to get whole lot more streamlined, thanks to the Dotdot effort.

While Wi-Fi is common for most types of mobile connectivity, for smaller form factor IoT devices, other approaches include Zigbee, which implements the IEEE 802.15.4 specification. Zigbee has become popular among consumer electronics vendors as a way to help enable home automation and connect devices.

The Thread Group and the Zigbee Alliance have now come together to help enable interoperability between the two IoT network protocol approaches. The Dotdot 1.0 specification enables Zigbee to run over the Thread protocol, melding the best of both approaches and enabling interoperable connectivity across Zigbee and Thread devices. At its core, the basic idea behind Dotdot is to provide an application layer for IoT that enables a common language for devices.

The Dotdot effort was first announced in 2016, and now in 2019 has reached the 1.0 stage alongside a certification effort known as Dotdot over Thread.

“When the Zigbee Alliance announced Dotdot, the industry responded,” Tobin Richardson, president and CEO of the Zigbee Alliance, wrote in a media advisory. “Over the last two years, companies from across the IoT worked together within the Alliance on this effort to take the interoperability standard at the heart of Zigbee and enable it to run over any network.”

In a presentation hosted by the Thread Group, Dotdot is positioned as being not just a new standard but a solution that leverages two of the most widely adopted and deployed IoT technologies today, Zigbee and Thread. Having a standard alone, however, isn’t enough for deployment at scale, which is where the certification comes into play.

“Certification is critical to ensuring interoperability between wireless devices, but it can add time and complexity for product vendors,” said Grant Erickson, president of Thread Group. 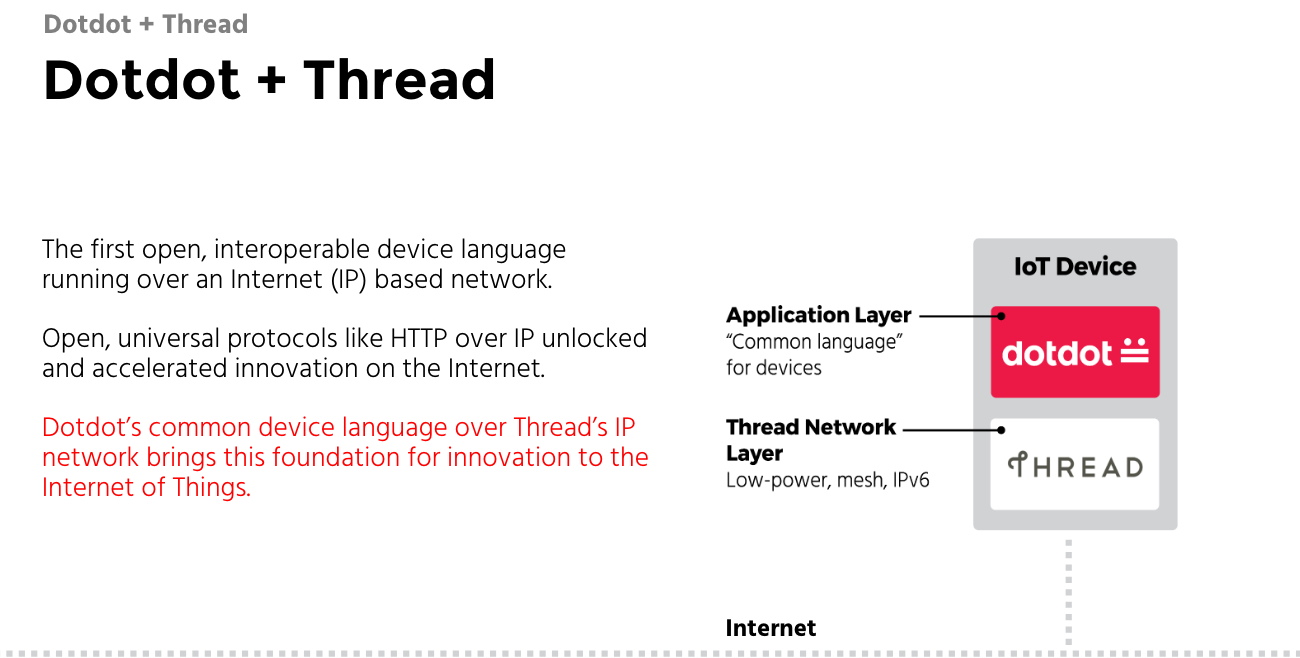 Sean Michael Kerner
Previous article
7 Enterprise Networking Trends to Watch in 2019
Next article
SD-WAN is Better than MPLS, But Still Poses Some Challenges