Over 3 Million Americans Now on IPv6 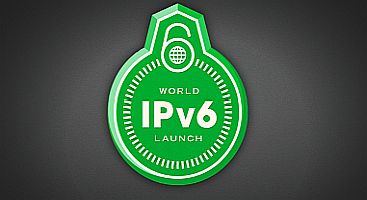 On June 6th of this year, IPv6 was officially launched. Now just over a month later, what’s the status? Who is using IPv6 and where is it headed?

Those are a few of the questions that a panel of experts at the IETF 84 event attempted to answer this week. George Michaelson, senior R&D scientist at APNIC (Asia Pacific Network Information Centre), has a reasonable idea of what the current levels are globally for IPv6 adoption, thanks to some statistical research he has been doing. In his view, IPv6 is now a reality in terms of adoption.

“I think you’re used to us standing up and saying ‘woe is me, woe is me, v6 isn’t happening,” Michaelson said. “But it is actually happening, these are not trivial numbers of people that are now using IPv6 on a routine basis.”

In the U.S. the latest numbers for IPv6 are impressive. APNIC’s global survey as of August 1st has IPv6 penetration in the U.S at 1.35 percent. That translates into an estimated IPv6 user base of 3.3 million users, the largest base of IPv6 users in the world.

On a percentage basis, Romania currently tops the APNIC list at 8.73 percent, though in terms of raw users, that translates into approximately 756,000 users. Japan also ranks highly at 1.97 percent user penetration or nearly two million users.

China which is often held up as an example of a country that really needs IPv6, only has penetration of approximately 0.42 percent according to APNIC. That translates into approximately, 2.12 million IPv6 users in China.

Another large boost for IPv6 growth is coming by way of the London Olympics.

John Brzozowski, Chief Architect, IPv6 and Distinguished Engineer at Comcast, said that IPv6 is growing in certain areas. He noted that approximately six percent of Olympic YouTube traffic on the Comcast network was being served to Comcast customers over IPv6.

While IPv6 usage is growing, there are still some challenges, including pockets of discontinuity around the world. Erik Nygren, Chief Architect in Akamai’s Platform Infrastructure Engineering organization said that his company has seen more ‘brokenness’ on the IPv6 Internet than on IPv4.

“There are Tier 1 ISPs out there that refuse to go and get either transit or peering with other ISPs,” Nygren said. “So there are places on the IPv6 Internet, in particular in parts of Europe, where there is no path between point A and B.”