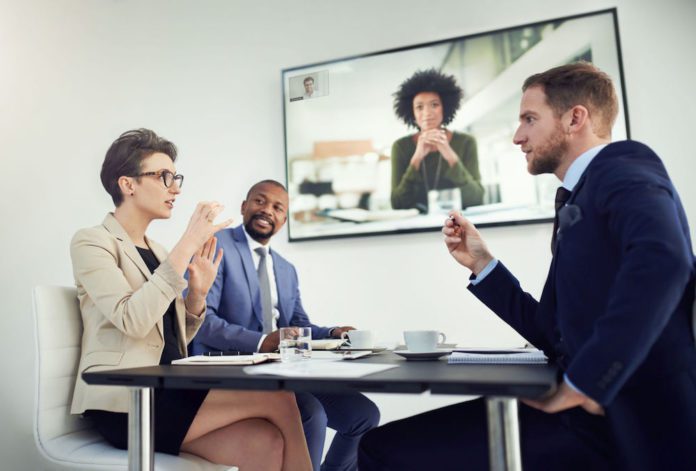 Zoom, which is continuing to ride the momentum it has seen since the onset the COVID-19 pandemic early last year, this week is unveiling an array of new features and capabilities designed to support the evolving hybrid workforce, from virtual whiteboards and virtual reality tool to live transcriptions and platform security features.

At the company’s virtual Zoomtopia 2021 event this week, officials also expanded its efforts to encourage developers to write applications to the Zoom platform.

The new offerings are the latest in a string of capabilities and features the company has introduced over the past year, as enterprise demand for its unified communications-as-a-service (UCaaS) and collaboration tools climbed with organizations adopting a more permanent business model of enabling most employees to work at least part of their time remotely.

Like others in the space, Zoom is adapting to the emerging hybrid work world.

“They’ve done a pretty good job of making the shift,” Zeus Kerravala, principal analyst with ZK Research, told Enterprise Networking Planet. “A year ago, we thought of Zoom as being a work-from-home company, but I think they’ve made that shift to be a hybrid work company. If you look at all the product [efforts], it’s been around making hybrid easier.”

Zoom announced last week that its Zoom Phone, a business phone solution launched in early 2019, that it recently passed the 2 million milestone of seats sold worldwide. In addition, in May the company unveiled Zoom event, a digital events service.

Many of the new offerings introduced this week dovetail with Zoom’s evolution into a platform company, Kerravala said.

Included among the announcements were the Video Engagement Center (VEC), which organizations can use to connect experts with customers via video, and Zoom Whiteboard, a tool meeting participants can use for real-time and asynchronous collaboration, whether they’re in office or working remotely.

“One thing we’ve learned over the past 18 months is that you don’t have to be in person to collaborate effectively,” Jeff Smith, head of Zoom Rooms, wrote in a blog post. “We are building a new persistent whiteboard experience that enables powerful, easy-to-use visual collaboration before, during, and after a virtual meeting. … Any team, from enterprise to education, can use the Zoom Whiteboard experience to create, annotate, and share ideas from any device whether you’re in a Zoom meeting or not.”

Zoom Whiteboard will be out in beta later this year.

In a related move, Zoom and Facebook’s Oculus virtual reality (VR) business are partnering to create a highly immersive meeting environment. Facebook’s Horizon Workrooms app enables people to come together in a VR room for meetings. Zoom is integrating the app with Zoom Meetings and Zoom Whiteboard. Participants meeting through Workrooms can do so from both virtual and real worlds through Zoom Meetings leveraging Oculus VR headsets, while Zoom Whiteboard will be integrated into Horizon Workrooms’ desk and wall views for VR collaboration.

In addition, Zoom meetings will include real-time, automated translation and expanded live transcription, supporting multiple languages starting in 2022. Zoom is expanding the use cases Rooms Smart Gallery by creating individual video feeds of in-room participants for remote employees and later this year will introduce hot desking capabilities, allowing employees to reserve in-office desks and spaces using an interactive map and simpler authentication to any Zoom Rooms or Zoom Phone appliance.

On the security front, Zoom also is creating a bring-your-own-key capability, enabling organizations to provision and manage their own encryption keys. It will go into initial beta later this year. In addition, Zoom will extend its end-to-end encryption feature to Zoom Phone. When demand for Zoom meetings shot up last year, the company initially stumbled over security and privacy issues, though officials have since addressed the concerns.

Zoom Phone Video Voicemails will give users an alternative to traditional voice messages, Continuous Collaboration will drive greater integrations between Zoom’s platform and third parties and Zoom Widget will give users an at-a-glance view of their schedules.

Zoom over the past year also has looked to attract developers to create applications for the Zoom platform as another way of giving organizations tools they can use. Last year, Zoom launched Zoom Apps and a related marketplace as a key part of its effort to grow from being a UCaaS supplier to being a collaboration platform. The Zoom App Marketplace now has more than 1,500 apps on it.

A Focus on Developers

In April, the company announced it was creating a $100 million Zoom Apps investment fund to convince small firms and startups to write software for the platform and in August announced it was writing checks to more than a dozen such companies.

“Developers are leading the charge in building the future through collaboration, education, gaming, and other applications, and we want our developer ecosystem to have everything they need to build apps and integrations using Zoom’s unified communications platform technology and global infrastructure,” CTO Brendan Ittelson wrote in a blog post announcing the last moves aimed at developers.

Those include the new Jumpstart app-building tool that can enable programmers to write apps without needing full customization, a command-line interface (CLI) to help developers create prototypes when they’re short on resources and time, and the addition of the React Native programming language to Zoom’s Video software development kit (SDK).

In addition, developers later this year will be able to list their Meeting SDK apps on the Zoom App Marketplace.

“Each of these enhancements is designed to enable developers to more easily build Zoom into their own products and services for any vertical or use case,” Ittelson wrote.

ZK’s Kerravala said developers are important to Zoom and every other (UCaaS) vendor, all of whom are essentially software vendors creating and expanding platforms that are facilitated by developers. Zoom should accelerate its efforts.

Zoom over the past year, like many other collaboration vendors, has seen demand and revenues sharply increase. In 2020, the company saw daily meeting participant numbers surpass 300 million and noted last month that revenue in the most recent financial quarter was more than $1 billion, a 54 percent year-over-year increase.

Jeff Burt
Jeffrey Burt has been a journalist for more than three decades, the last 20-plus years covering technology. During more than 16 years with eWEEK, he covered everything from data center infrastructure and collaboration technology to AI, cloud, quantum computing and cybersecurity. A freelance journalist since 2017, his articles have appeared on such sites as eWEEK, The Next Platform, ITPro Today, Channel Futures, Channelnomics, SecurityNow, Data Breach Today, InternetNews and eSecurity Planet.
Previous articleCloud Networking Services: Juniper Networks vs. VMware NSX
Next articleSaaS: Top 5 Challenges and Rewards for Enterprises