How Automated ML (AutoML) Can Transform Your Business AutoML is a type of machine learning (ML) in which the tasks and processes for developing learning models for machines are automated rather than iteratively built by developers. As enterprises collect more data than any human could tackle, autoML helps by building ML models quickly and at scale.

ML tasks that are automated, and thus have become easier, in autoML include:

These tasks have become increasingly complex, and as more businesses adopt ML applications, the demand for ML experts and data scientists far outpaces enterprises’ ability to hire them. Out-of-box autoML solutions, such as Auto-sklearn and Auto-PyTorch, have thus become more commonplace because autoML is more accessible to those with little or no coding experience.

Since autoML automates tasks involved to optimize machine learning models and develop deep neural networks, this reduces the chance of error from human intervention. AutoML is not exempt from bias, however. A human ultimately has to provide initial training data that generates validation data. The validation data set then becomes the benchmark for model generation and selection. AutoML also uses training data, however, to combat bias that might be in the training and validation data sets.

As noted, there are not enough qualified ML engineers and data scientists to fill roles. AutoML does not require prior code knowledge, making machine learning accessible to non-experts and satisfying enterprises’ talent demand. Without the knowledge barrier in the way, AutoML allows more stakeholders to get involved and renders the development and deployment process more transparent.

AutoML accelerates the development and deployment process by automating tasks that were done manually before. The painstaking work of model testing and adjusting hyperparameters can now be done in a matter of minutes. AutoML saves developers, data scientists/analysts, and ML experts time but certainly does not make them dispensable.

When tasks in the ML pipeline are automated and accelerated, that frees up valuable time and resources for employees to focus on other vital functions within the company. For example, instead of getting preoccupied with model testing and neural network architecture, employees can instead focus on the insights gleaned from autoML and put them into action in service of broader strategic business goals.

4 Ways AutoML Can Transform Your Business

Aside from the more general benefits of autoML, its forecasting, object/image identification, and natural language processing functionalities have the power to improve various areas of your business in concrete ways.

However, the technology behind today’s ubiquitous Applicant Tracking System (ATS) software can be faulty, even discriminatory. ATS software can, for example, mistakenly disqualify a swath of qualified candidates or be programmed to rule out anyone with a particular attribute that might belong to a protected identity category. Adjusting model parameters for affirmative rather than negative attributes is one way that humans can correct for bias in their ATS software. As noted above, autoML does not entirely prevent bias, but its use of training data counterbalances bias that may be present in training and validation data. Human intervention indeed has a role to play in adjusting these systems to start learning and projecting in a more ethical manner.

AutoML simplifies classification models and label assignment, making image and object detection easier to employ for security purposes. Image detection can be applied for handwriting recognition which in turn can detect forfeit signatures on tablets or other electronic signature devices.

Object detection can also be employed for scanning premises for intruders. AutoML can also assist in fraud detection by noticing unusual purchasing patterns or log-in events.

Time-series forecasting capabilities of autoML can transform the way that sales and production teams operate. AutoML automatically picks up on predictive signals, conducts hyperparameter tuning, and selects the best model. It continues to learn and get better at predicting for the metrics it is set out to measure for.

This benefits the sales team by helping them forecast demand and adjust sales funnel functions and priorities accordingly. For example, if a cargo container shipping company had used autoML, such as Mate Labs’s demand forecasting tool or b2metric, to predict an upcoming shortage in containers in summer 2020, its sales team could have reached out to current customers to alert them of future deficits that might affect their inventory flow.

The classification capability noted above enables object detection which can support e-commerce in the B2C environment. As consumers do more of their shopping online, being able to take a picture of something they see in person, have the device recognize what it is, and, as a result, route the user to a product’s online store enables easier, consumer-centric shopping experiences.

AutoML can help sales and marketing teams discern consumer perception of company branding and product through natural language processing of written language on forums like Reddit or spoken language on TikTok videos. Chatbots can improve customer satisfaction and retention by routing customers to the right department or person for swift remediation of complaints.

For companies in the manufacturing industry, production and supply chain teams also benefit from autoML’s forecasting capability by being able to more quickly and accurately plan for surges and lulls in demand for their product. The acquisition and storage of raw materials, as well as inventory management more generally, are directly affected by demand. AutoML, as a more precise method of predicting demand, helps companies more effectively manage their supply chain and inventory.

Why You Should Embrace AutoML in Your Business

These are just a handful of ways in which autoML can transform your business. Its forecasting, natural language processing, object/image detection, and other capabilities make a lot of core business functions easier. It does not, however, eliminate the need for human talent and resources. AutoML helps humans work smarter. 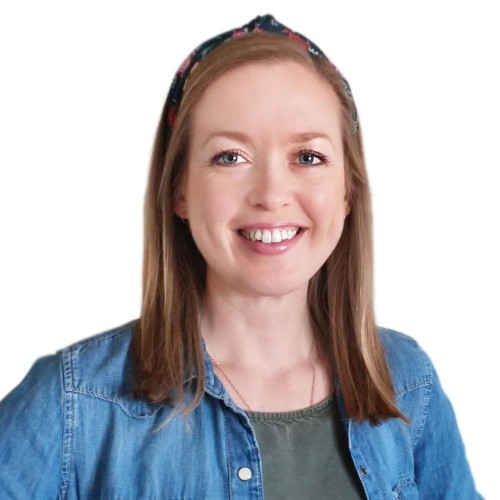 Lauren Hansen
Lauren Hansen is a writer for TechnologyAdvice, covering IT strategy and trends, enterprise networking, and PM software for CIOInsight.com, enterprisenetworkingplanet.com, project-management.com, and technologyadvice.com. When she's not writing about technology trends, she's working out or spending time with family.
Previous articleTrends Shaping the Future of the Internet of Things (IoT)
Next articleNetworking Startup Rockport Adds Co-CEO, $48 Million in Funding