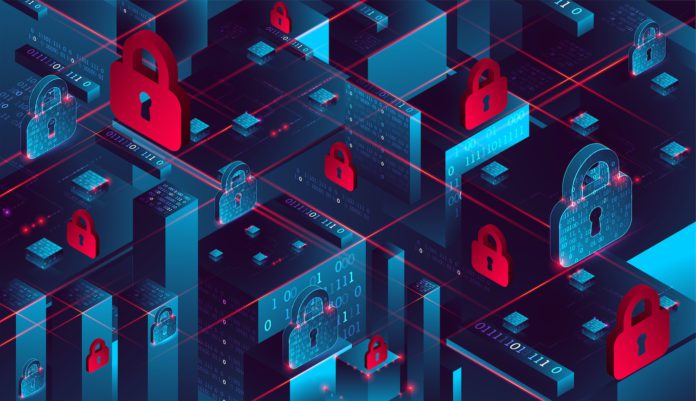 Multiprotocol Label Switching (MPLS) networks are protected, meaning only selected devices and systems are allowed inside the network. An outside user cannot access the inside without authorization. This blocks unauthorized access by trusted insiders, or by hackers that gain access to network assets.

Enterprises can take steps to protect against attacks, such as:

What is MPLS Security?

MPLS, often used in enterprise networks, can be set up to achieve extremely high levels of security and reliability. MPLS also offers greater flexibility and visibility by supporting more than one service type over a single label-switched path (LSP).

It’s important to understand why there’s so much hype around MPLS. At its core, MPLS relies upon advanced technology mechanisms—some of which go beyond simple labeling schemes—that enable users to gain security and scalability benefits right out of the box.

As noted earlier, virtual private networks (VPNs) allow companies to route data packets securely over the public internet by employing various techniques, such as encryption. For example, the IPsec standard enables user devices to communicate with each other through secure tunnels.

This way, all data transmissions are encrypted and cannot be read by outsiders unless they possess decryption keys. When using MPLS, these same principles apply but with one key difference. Instead of relying solely on keys to secure connections between two points, the label switched path mechanism also makes use of labels.

These labels can be applied by routers at either end of a given connection and then switched accordingly within the network. Once received, the router uses decapsulation to strip away the outer packet before forwarding it to its final destination. This approach ensures that even if someone managed to hack into a router somewhere along the network path and intercept the packet, they still wouldn’t be able to read what was inside due to this process.

Implementing these best practices can help maintain a secure and reliable data flow over MPLS networks and protect them from risks such as IP address spoofing attacks, access control list violations, and denial of service attacks.

The control plane provides information that the data plane needs to forward data from one network node to another. It is used for routing decisions, monitoring network-related statistics, and setting up protocols like Routing Information Protocols (RIP). The two planes are typically separated for added security.

With this separation, if a malicious actor takes over a device on the control plane, it will not be able to modify or intercept traffic on the data plane. You can create separate networks with firewalls between them or employ routing protocols like OSPF or BGP, which have authentication mechanisms in place to limit access to each protocol level.

Defense-in-depth employs multiple layers of security measures or defensive strategies. This would entail deploying packet filtering, firewalls, and intrusion detection systems in a layered fashion in MPLS networks. For example, patrol the network perimeter with an IDS system.

To further protect internal resources, use an inline IPS for deep inspection of traffic entering the intranet, and implement application-level gateway devices for review and protection. In addition, implement a firewall policy that blocks access to all unnecessary ports at the perimeter and only allows established connections through specific ports where needed.

When the MPLS network is set up, it should be made as secure as possible by placing access control lists (ACLs) at the edge of the MPLS domain that allow only trusted devices access to the MPLS domain.

These ACLs are used with ping and traceroute commands, which can be run periodically against hosts inside and outside the MPLS domain to determine if traffic flows properly through all points on a given network.

4) Deploy firewalls at all nodes to filter out unauthorized packets

To reduce vulnerability to a denial-of-service attack, deploy multiple firewalls at all nodes. Use these best practices:

5) Use ingress and egress filtering

In both cases, the firewall will drop an attempt to reach a source or destination host on an untrusted network. Filtering out all packets with invalid headers, such as packets that do not conform to IP protocol standards, can also prevent attacks. Allowing access to certain protocols can also help keep the enterprise networks safe. Interfaces should be monitored continuously. Network admins should monitor the ingress and egress ports of routers connected to external links for unexpected spikes in traffic volume.

Bandwidth limits are often one of the first tools used to control traffic on a network, but they are not always configured correctly. Incorrect bandwidth limiting is ineffective because it leaves gaps where congestion could occur and can lead to oversubscription. Therefore, bandwidth limits must be applied at each Layer 2 link with appropriate policing and shaping policies such as Token Bucket in MPLS QoS for the multiservice networks.

One of the best ways to protect MPLS networks is by using an end-to-end VPN tunnel between the provider edge (PE) routers and customer edge (CE) routers. It is important to utilize the benefits of encryption when connecting the PE router to CE routers, especially when there are multiple router hops.

When a packet traverses from one router to another, there is a possibility for eavesdropping, data tampering, or message insertion attacks. To combat these attacks, you can use IPsec as a security measure. With IPsec enabled on both routers, it will encrypt and decrypt traffic between the two devices and offer an extra layer of protection against those aforementioned attacks.

8) Encrypt everything where possible

MPLS encryption is accomplished through a combination of Digital Encryption Standard (DES) and 3DES or Advanced Encryption Standard (AES) encryption. In addition, IPSec, Layer 2 Tunneling Protocol (L2TP), and Secure Socket Layer/Transport Layer Security (SSL/TLS) are common methods for encrypting VPN traffic over MPLS networks. All these protocols can be deployed independently or in conjunction with one another.

Some enterprises use combinations of the different protocols on their MPLS networks because they can interoperate with other security measures they have deployed elsewhere in their network infrastructure. MPLS VPNs may also provide data confidentiality using transport mode IPsec ESP encryption. Data integrity can be maintained using an ESP integrity algorithm such as HMAC-MD5, HMAC-SHA1, or HMAC-SHA256.

The intrusion detection and prevention systems (IDPS) provide real-time protection against attacks. Attackers will try to overwhelm the network by sending packets that are not permitted. IDPS can handle these packets by being programmed for specific levels of load or attack types. The IDPS analyzes all packets entering and exiting the enterprise network and blocks those deemed malicious.

Enterprise MPLS network security is achieved through a proactive rather than reactive approach. Anomaly-based detection detects abnormal activity in traffic patterns on the MPLS backbone. It monitors every packet flow on the network, thus providing full coverage and a low false positive rate.

Anomaly-based detection also aids in identifying stealthy attacks, such as new ones created by hackers, who find vulnerabilities and exploit them without triggering any alarms. Identify stealthy attacks by analyzing changes in behavior over time using statistical data. Using anomaly-based detection, enterprises can pinpoint the exact point when attackers entered their network, and take appropriate measures immediately.

Aminu Abdullahi
Aminu Abdullahi is an award-winning public speaker and a passionate writer. He writes to edutain (educate + entertain) his reader about business, technology, growth, and everything in-between. He is the co-author of the e-book, The Ultimate Creativity Playbook. Aminu loves to inspire greatness in the people around him through his actions and inactions.
Previous articleWhat are Virtual Network Assistants?
Next articleTypes of Edge Computing and How to Use Them